Here’s our story (free registration) in today’s Mercury News about Silicon Valley investor Roger McNamee, and his latest move — to create Elevation Partners. Some people have called him one of the smartest guys in the valley. The story is part of the Mercury News’ quarterly venture capital survey.

Here are more details about McNamee, including his 20 percent-plus annual return performance, his bio, and five things to know. Elevation Partners was launched last year with help from U2’s Bono and others. We’d been waiting for Elevation to bid on its first deal, before running this — but McNamee is taking his time, so we decided to run with it now. (Picture here of McNamee is by the Merc’s Joanne Ho-Young Lee). 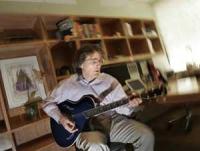 The story comes just as Silver Lake Partners, McNamee’s previous firm, has joined KKR to acquire (again, free registration) Agilent’s semiconductor business for $2.65 billion. McNamee didn’t play much of a role in this, although he is still an advisor at Silver Lake.

Still, here are some notable factoids we’ve heard on the Agilent deal:

–It apparently creates the largest privately held semiconductor company in the world.
–It represents the second largest tech buyout ever, after SunGard, which was just closed last week at $11.4 billion.
–It means Silver Lake has led all four of the four largest tech buyouts ever — Seagate in 2000 for $2.0 billion, UGS in 2004 for $2.1 billion, SunGard in 2005 for $11.4 billion, and now Agilent’s “Semiconductor Product Group” (SPG) in 2005 for $2.66 billion
–Dick Chang, current president of SPG will become CEO of new SPG.
–Source says KKR and Silver Lake plan to grow the business by investing in R&D.