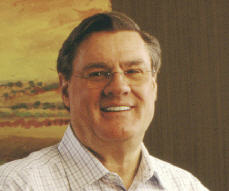 Gill’s move had been rumored in recent weeks, but Gill — who once oversaw one of the best performances ever for a venture firm — told VentureBeat in an interview that his decision is now official. The move is significant for two reasons: One of Maven’s initial partners, Marc Friend, left just as the firm is raising its first fund, targeted at $150 million sometime this fall. Friend’s departure placed the firm’s plans in jeopardy. Gill’s addition brings credibility at a crucial time.

Second, it is a blow to Vanguard Ventures. Gill had worked with legendary venture capitalist Tom Perkins at a start-up called Spectra-Physics more than thirty year ago. Perkins went on to found Kleiner Perkins Caufield & Byers. Gill, in turn, founded Palo Alto’s Vanguard Ventures, a venture firm that performed exceptionally after its debut in 1981, but which has struggled in recent years. Gill stepped back from full-time management of the firm in 2000, and Vanguard invested in bubble-era companies that haven’t produced any results. The firm was forced to shelve fund-raising efforts earlier this year to concentrate on producing returns.

After several interviews with partners and other sources, we think the jury is really still out on whether Vanguard will sink or swim. Vanguard hasn’t produced any hits with its latest fund, but has a couple of medical companies that could do well — depending on how strong the IPO market is over the next few months. Gill, meanwhile, has been active with several non-profit and teaching assignments at Harvard and MIT, and will be pulling back from some of those activities to focus on Maven. But he’ll retain his partnership status at Vanguard, even if it remains drastically reduced.

We double-checked reports Vanguard had moved out of its Palo Alto offices. The report is true, but it is a coincidence, and not a sign of imminent closure. The move out was forced by the landlord’s triggering of a clause that gave it the right to Vanguard’s swank University Ave. offices — boasting an expansive view of Silicon Valley.

The managing partners at Maven will be Jennifer Gill Roberts (formerly of Sevin Rosen Funds) and telecom exec George Richard. They are the people responsible for management of the fund, and will participate in the profits thereof.

Gill got excited by the Maven opportunity, he said, by the mobile technology investment strategy articulated by his daughter and Richard. They convinced him it was the next wave. “They asked me to help them out,” he said, adding the addition makes since given Gill’s relationships and experience.

It will be interesting to see how Maven does. These are very different times. There are thousands of venture firms, compared to the handful when Gill became active. Vanguard’s first five funds raised a total of $155 million in cash. They returned more than $1 billion to investors — or a seven-fold return. The firm’s fourth fund, at $37 million, returned $700 million — or 19 times the amount invested, and it ranked in the top percentile of venture capital firm performances at the time, Gill said. Gill and his wife have created an educational foundation in Texas, and given large healthcare research grants to universities in Kentucky and Indiana. Gill also participates in several other groups, including Project Hope, the President’s Circle and the Horatio Alger Association.