Chief executive officers at U.S. venture-backed technology companies are earning nearly $30,000 more per year in total compensation than they did a year ago.

CEOs in Silicon Valley and the Northeast enjoy the best deals overall.

The data, compiled by Dow Jones, shows that technology CEOs are earning a median $289,000 this year, up from $260,000 last year. See table below, which also shows how much vice presidents and directors are making.

Total compensation, which includes salary and bonuses, for CEOs of venture-backed healthcare companies also climbed to a median $300,000, from $284,000 a year ago. Total CEO compensation increased somewhat for the other industry tracked, products and services, to $260,000, about $10,000 higher than the year before.

The survey found the median total CEO compensation across industries is 275,000, up from $263,000 a year ago. The amount of equity in their companies that CEOs reported receiving is 4.7 percent, a decline from the five percent equity allocation reported last year. 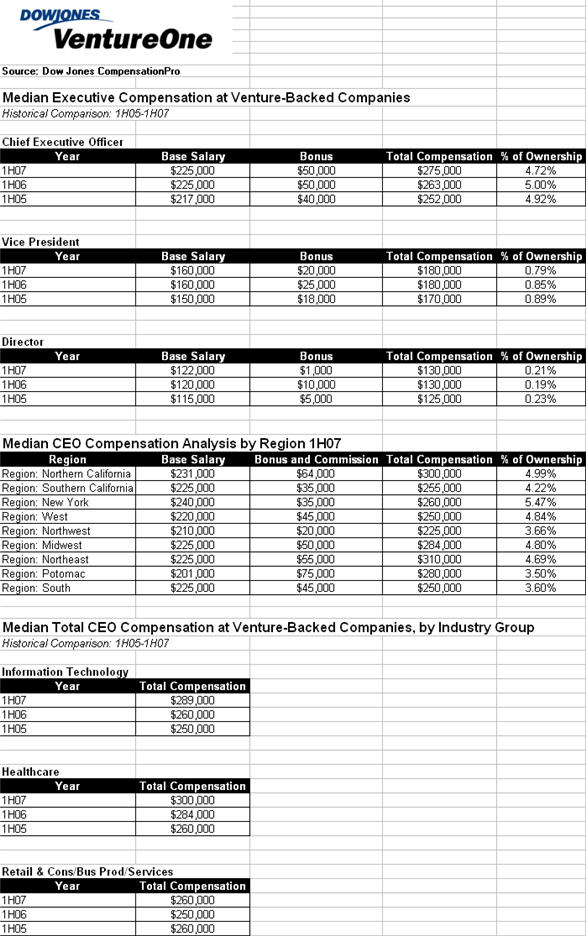