Veoh, the video-sharing site that recently raised $26 million, today launches a test of VeohTV, a downloadable application that the company says will kill another new flashy competitor, Joost.

VeohTV’s hook is that unlike Joost, which limits itself to certain formats and the content it licenses, Veoh has opened its doors and essentially created a browser that accesses anything in Yahoo video’s index — an archive that seeks to search the whole world of internet video.

VeohTV has been designed to make the browsing experience simple enough to navigate with a remote control, and from the looks of it, Veoh has pulled this off. With a few clicks, you can also browse and watch the online offerings from CBS, Fox, NBC, and Comedy Central. Just as easily, you can sort through videos you’ve found from across the web.

VeohTV can display videos in any format, and has also has a built in a DVR that allows you to download videos you might want to watch later — as long as they don’t come from proprietary channels. Joost, on the other hand, does not allow downloads.

VeohTV will also include a recommendation engine that will track which videos you watch and suggest others like them, though this is not active in the early stages of the testing. A much-hyped start-up, Divvio, had been promising this feature for quite some time, but has yet to deliver, so talk is cheap until we see something. Providing accurate recommendations is a hard problem to crack when you’re talking about the entire Web.

With VeohTV, you can also subscribe to video feeds and have them automatically download to your computer. You can create video play-lists with a drag-and-drop interface, and, in a cool touch, watch your videos side by side with a handful of Yourminis‘ widgets on your desktop. YourMinis analyzes the videos’ so-called “metadata,” or relevant information, and displays that on your desktop too. (See screenshot below.)

Veoh’s CEO, Dmitry Shapiro, told VentureBeat that because Joost is a walled garden that only allows you to view its own content, and because it requires a network connection to work, it does not have what it takes to be a “killer” application. But this is not clear so clear. Is having millions of online videos to parse through — even with an amazingly simple interface — a much better experience than easy access to a limited but consistently excellent selection? (By asking that question, however, we don’t mean to imply that Joost has reached that nirvana, because it hasn’t yet.)

Some will no doubt prefer the plethora of options. Veoh has created something powerful and different, and Joost and others will have to watch their backs. 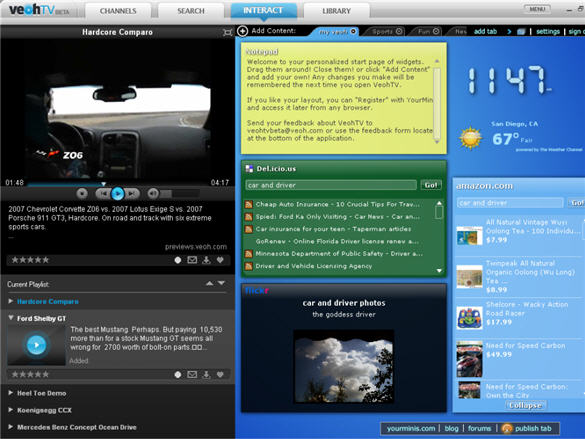 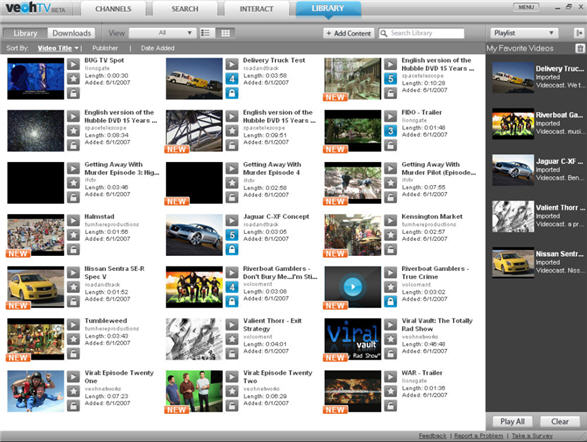