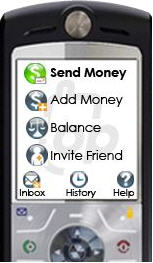 Obopay, the Redwood City, Calif. company that lets you send payments to people from a mobile phone, has raised $29 million more in a third round of funding.

The service launched last year, and it’s not clear how much traction it has. The funding announcement was made quietly, after the fact (see wording), quite low-key given the intense competition the company is facing in mobile payments. There are at least eight other players, ranging from Google and PayPal, to smaller players like Kushcash (coverage here), Paymate (coverage here), Danal, PaymentOne, Payoneer and Vivotech (all covered or mentioned here). Granted, they each have their own strategy and focus.

We previously wrote about the company here, mentioning its BREW technology. It previously raised $17 million

In May, Google Checkout announced its support of mobile payments. Last month, PayPal launched its mobile payment version, however only announcing it officially this Tuesday (see eweek article).