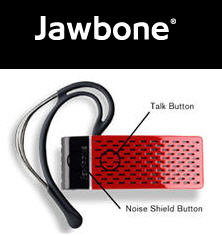 Aliph, a San Francisco company that makes the Jawbone line of headsets for mobile phones, boasting noise cancellation technology tested in battlefield conditions, has raised more than $5 million in funding from Khosla Ventures, according to GigaOm.

The company has operated since 1999, and sells this latest bluetooth headset at the high price of $120. AT&T carries it in its stores, as does Apple and Best Buy. It says it has sold more than 100,000 Jawbone units. However, it isn’t yet profitable. The company has now raised a total of $14 million. It was initially backed by Mayfield.