Facebook generated substantial excitement — hype, even — when it opened its platform two months ago to allow outside developers to make money.

Developers flocked to its platform, and millions of users have since selected these third-party applications, enriching their profiles with everything from music-playing widgets to a ways to track visitors to their profile pages.

Now that the dust has settled somewhat, we talked to one of the most prolific investors in companies making Facebook applications — Saar Gur, a Charles River Ventures partner and angel investor. He has backed, advised or otherwise had his fingers in five such companies, arguably more than any other VC. Between them, these companies have more than a dozen applications.

The best Facebook applications will pair “presence” detection with interactive games, he said. If you are able to see friends who are online and have casual yet meaningful interactions with them, you’ll get closer to them offline too, Gur says — and this makes Facebook a more meaningful part of peoples’ lives.

VentureBeat: Which companies and applications are you involved with?

Saar Gur: I was a personal investor in RockYou and Flixster. Food Fight, Happy Hour and Traksor are all part of a development project that Charles River Ventures is an investor in through Quickstart [its seed funding program]. I also launched a site called Care Badges that has been acquired by Causes [terms undisclosed], so I’m now involved with Causes. I did Care Badges with Blake Commagere, who has also helped launch Zombies and Vampires.

SG: Let’s assume that Facebook is going to be a multi billion dollar media business. This means there will likely be very large media businesses built off of Facebook. [Most likely] the folks that are currently getting traction and users. What you’re seeing is a lot of them are able to cross-sell users from one app to another app. They’re leveraging their existing distribution to other apps they create, which is definitely working.

As to monetization, it’s still early. There’s a great possibility for leveraging presence detection with gaming to a create rich, immersive environment on Facebook — everything from advertising to virtual goods to people spending money just to play these games. There’s also an opportunity there for [applications that focus on] dating and flirting. 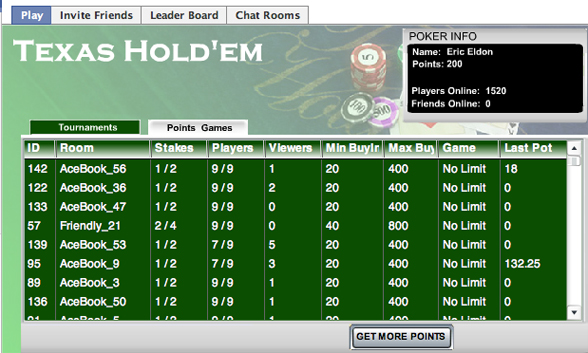 VB: I’ve noticed that RockYou is integrating MochiMedia ads for casual online video games into its Facebook games application. Is this making money?

SG: They tend to not run these things unless they’re working.

There are not a lot of inflection points where you can go and acquire a bunch of users. Yahoo is not opening up to give others all their users. That’s effectively what Facebook is doing. On Facebook, you’re seeing other companies with okay-but-not-great businesses that have found the platform and now have a ton of momentum. 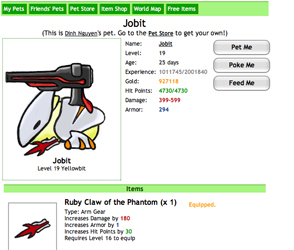 You also have brand new companies that incorporate presence and gaming, like James Lin’s Pets application Pets [where users can customize their own virtual pets, then fight them with friend’s pets to gain experience levels in the game.] Or like what Marc Pincus is doing with Texas Hold’em [a Facebook-based online poker tournament].

One of the deepest implementations of presence has been Causes, which launched with all sorts of features that would tell users what non-profits and other causes their friends are supporting on the app.

Texas Hold’em also does this, telling you who’s playing, when.

I strongly believe that when Facebook opens up the ability to see presence — to see which of your friends are online, with a click of a button — that will be a turning point.

Just look at QQ in China, which was built on IM and now has games, pets, ringtone downloads [and other features that it makes money on].

VB: So what does all this mean for Facebook, in the long-term?

SG: Presence and games help online experiences reinforce offline ones. Random people who meet on Facebook may end up playing chess together. Since Facebook relationships are based on geographic networks, like a college campuses, it’s not unlikely these people would meet in person. So random Facebook-friending can add together with presence and interactivity to help people learn more about each other in the real world. I think this aspect is unique to Facebook, because of how the site has evolved. Better Facebook apps will make Facebook even more relevant to people.