Some data just published confirms this: Venture capitalists invested more in the second quarter than they have in six years, according to a survey by Ernst & Young and VentureOne.

They’re being driven in part by an opening in the IPO market, and continued vibrancy in mergers and acquisitions — in both medical devices and in other high-technology sectors.

See tables below for the breakdowns of investments by market sectors and regions.

The VC growth is remarkably steady. This marks the ninth straight fiscal quarter of year-over-year growth in venture capital invested.

Investments in information technology were up ten percent compared the period a year before, with $4.1 billion invested. In life sciences, however, investments in biopharmaceuticals were down to $1.099 billion from 1.355 billion the same quarter the year before.

Medical device investments skyrocketed to $1 billion in 75 deals, the highest totals on record and 58 percent more than the second quarter of 2006. Excitement here stems from IPOs by companies such as stent-maker Xtent and acquisitions such as Boston Scientific’s purchase of Remon Medical Technologies.

Finally, the report also confirmed a trend of larger deal sizes and more money going toward later-stage investments. The median deal size in the second quarter of 2007 reached $8 million, up from the $7.4 million seen during the same time last year and the highest median seen since 2000. 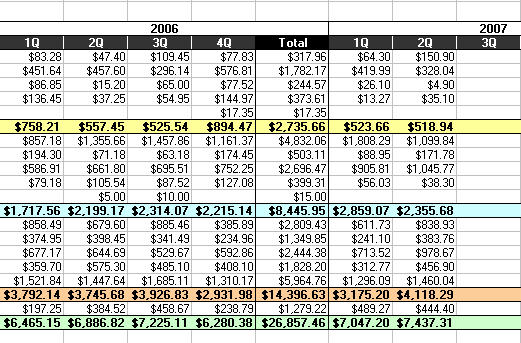