Opsware, a provider of software that automates processes in corporate data centers — such as setting up and managing complex server configurations — has been purchased by Hewlett-Packard for $1.6 billion in cash. 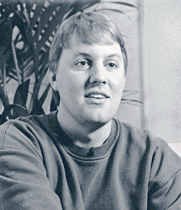 This is a happy ending for a company that went through a very long, rocky journey. Originally co-founded by Netscape co-founder Marc Andreessen, it garnered considerable hype at launch, went public, but then struggled badly (picture from Netscape era). It has traveled from one bubble, through a crash, and into an Internet renaissance of late. The sale is remarkable considering some thought it would end in a wreck. Andreessen will pocket $138 million from the transaction.

The company was founded as LoudCloud in 1999 by Andreessen, Ben Howoritz and Tim Howe, an effort that intended to exploit new demands web services were expected to make on the Internet’s infrastructure. It was going to automate many aspects of large-scale data centers and computer systems, as Andreessen waxed nostalgic on his blog post about the sale.

It fired many employees after the bubble burst and sold off part of the company in 2002, changed its name to OpsWare and then refocused on automating IT processes. It has since clawed its way towards profitability. While it still struggles to be profitable, according to the Wall Street Journal, it made over $100 million in revenue during the last fiscal year.

There were other testing times. The company’s former chief financial officer, Sharlene Abrams, left Opsware last year due to charges brought against her by the Securities & Exchange Commission because of a options-backdating scandal at her former job at Mercury Interactive.

Incidentally, HP bought that company for $4.5 billion last year, following Mercury’s accounting problems. Opsware will join Mercury and also-aquired Peregrine Systems in HP’s growing portfolio of enterprise IT management software. Opsware’s automation features will help control the increasing cost and complexity of data centers — one of HP customers’ “critical pain points,” it says. HP says it will now have the capabilities for automating entire data centers — from setting up servers, networks and storage to implementing and managing changes and compliance requirements.

Andreessen claims Opsware is one of the fastest-growing software companies in the world. It even bought a smaller company solving the same problem just a few months ago. Opsware boasts a client list of over 350 large organizations including banks such as Goldman Sachs an JP Morgan Chase, technology companies including Microsoft and Samsung, and the US Department of Defense.

The happy ending? The stock was purchased at $14.25 per share, which Marc Andreessen says was enough to make money for every single investor money who bought and held stock in either Loudcloud or Opsware. Two original investors were Benchmark Capital and Ron Conway.

Most of Opsware’s 550 employees will move to HP. Horowitz will assume management responsibilities within HP.

No wonder Andreessen has had the time and interest to start blogging in the last couple of months. He had this coming, as well as the outrageous amount of cash coming for Ning.