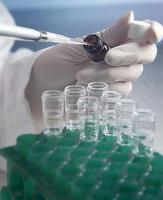 Personalized medicine — the idea that doctors will one day tailor your medical care based on your genetic profile — has been a long time coming, as I’ve previously written. As it turns out, that’s no fault of the Food and Drug Administration, which has emerged as one of the biggest fans of the concept. Yet the FDA is now pushing ahead with efforts to pair drugs with genetic tests in a way that has alarmed critics, who claim the agency is forging well ahead of the medical evidence, as the WSJ’s Anna Wilde Mathews reports today.

The current controversy involves warfarin, a one-time rat poison now commonly used as an anticoagulant designed to prevent dangerous blood clots from forming. The generic drug was prescribed more than 30 million times last year, but because it can sometimes cause patients to bleed excessively, it also frequently sends people to the emergency room — 43,000 times a year, by one estimate, making warfarin the second-most dangerous drug after insulin.

Roughly a decade ago, evidence began to emerge that genetic differences between patients might explain why some people were more likely to experience bleeding on the drug. In particular, researchers identified two genes that seemed to play a major role in modulating warfarin’s effects. Some variants of the gene CYP2C9, for instance, appeared responsible for breaking down the drug more slowly, meaning that it tended to linger in the blood, effectively mimicking the effects of a higher dose. Variations in another gene, VKORC1, affect how the body processes vitamin K — a crucial finding because warfarin’s activity depends in part on its ability to interfere with vitamin K.

The FDA concluded that patients with some of these genetic variations should probably receive lower initial doses of warfarin — which is exactly the sort of thing personalized medicine is supposed to do. Today, the WSJ reports, the FDA is scheduled to announce changes to the warfarin label that urges lower doses for patients based on their genetics, albeit with a variety of caveats.

Many doctors, however, think the FDA has moved too fast. The genetic tests, which cost between $300 and $500, are covered by Medicare but not many private insurers, and doctors fear that patients who don’t get them and end up with bleeding problems may sue. It also takes time to get results from genetic testing, meaning that doctors aren’t necessarily any better informed when starting patients on warfarin, often following a heart attack, a stroke, or another blood-clot-related problem.

Adding fuel to the fire is the fact that the link between the genetic variations and better patient outcomes hasn’t been fully established by the field’s gold standard of evidence, a prospective randomized, controlled clinical trial. So one of the fascinating aspects of this story is that it pits two of medicine’s emerging trends — personalized medicine and evidence-based medicine (see our coverage here) — directly against each other.

Has the FDA acted precipitously, or is it pushing forward where other parts of the medical establishment fear to tread? Feel free to give us your take in comments.