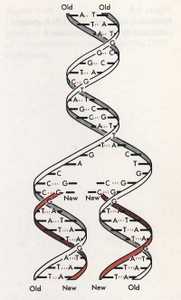 It’s always fascinating to see just how entitled biotechnology investors feel about the outsized rewards the industry bestows whenever one of their long-shot companies finally strikes it rich — not to mention how thoroughly that sense of entitlement seems to muddle their thinking.

Case in point for the moment is Steve Burrill, CEO of the life-science VC firm that bears his name, and in most respects a sage and intelligent man. Yet here he is quoted in Fortune on the disaster that awaits biotechnology should Congress allow the FDA to approve generic forms of biotech drugs, here referred to as “biosimilars,” once the original patents expire:

G. Steven Burrill, CEO of Burrill & Company, a biotech venture capital firm, believes the government faces a huge dilemma in its quest to cut healthcare costs while also maintaining incentives for innovation. “It’s the new technologies of biotech that are moving us toward better preemptive and predictive medicines – the very medicines that will reduce healthcare costs. So far, the government’s approach has been schizophrenic.”

Burrill notes that biosimilars change the entire risk/reward equation for biotech investors. “This will have a bad effect on the capital markets that fund biotechs,” he says. “Anything that reduces the potential reward for those capital markets could be devastating for the industry.”

Leave aside the notion that biotechnology offers the hope of reducing healthcare costs — most evidence to date suggests biotech drugs and technologies do exactly the opposite. Instead, consider Burrill’s implicit — and breathtaking — assumption that no biotech investor anywhere has ever considered the possibility that expiring patents might one day lower the sky-high prices of most biotech drugs. No wonder the growing enthusiasm for biogenerics comes as such a rude shock to these folks.

Of course, limits on patent protection are written into the U.S. Constitution, so they really shouldn’t take anyone by surprise. (The relevant clause lies in Article I, Section 8, amidst other specified powers of Congress: “To promote the Progress of Science and useful Arts, by securing for limited Times to Authors and Inventors the exclusive Right to their respective Writings and Discoveries.” Emphasis added, of course.) If investors really thought biotech patents would grant their holders a perpetual monopoly, particularly in an era of rampant healthcare inflation and biotech drugs that can cost $200,000 a year, either they’ve been drinking the BIO Kool-Aid or they probably shouldn’t be allowed to dress themselves.

Recall also that pharmaceutical investors have lived with patent expirations and generic competition for better than two decades, and at least until the industry hit its recent bad stretch (see our coverage here), they’ve coped with it just fine. Had that industry continued to innovate the way it’s always claimed it does, it wouldn’t be in the pickle it’s in now.

Besides, biotech investors thrive on risk, or they wouldn’t be biotech investors. Plunking money into biotechs that are far more likely to collapse than return an Amgen-sized jackpot isn’t exactly rational, as I’ve noted myself on more than one occasion. With that kind of mentality, the possibility that biotech profits might be curtailed by biogeneric competition — eventually, that is, as in ten to 14 years down the road — surely pales when compared to the vastly more likely chance that a hot new drug simply won’t work.

At the end of the day, I doubt Burrill or any other opponent of biogenerics really believes they will “devastate” the biotech industry. These folks do, however, undoubtedly want to make the most of biotech’s legal monopolies while they can, and they don’t seem to mind ginning up alarmist scenarios in order to preserve the status quo. As I’ve argued before, if the biotech industry is so delicate that it requires perpetual protection from the cold, cruel winds of competition, it can’t possibly be anywhere near as innovative and revolutionary as it has always claimed.