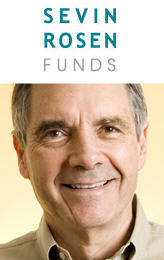 Sevin Rosen Funds, the venture capital firm that roiled the industry last year when it decided to return its funds to its investors, citing a fundamental crisis in the industry, has changed its mind and is raising money again.

The decades-old firm, based in Dallas, Texas and Silicon Valley, said last year that the venture capital model was broken — too many firms investing too much money into companies that didn’t really need it. The firm said profits were too low to justify staying in the market, and so returned the money it had been given by its large investors. IThe firm’s argument resonated with many people, because there’s evidence of a shakeout happening in the industry. Poor performing venture firms are struggling to stay in business, and the partners who don’t produce are getting fired.

However, Jon Bayless, the partner who announced the depressing news last year, said in a New York private equity conference yesterday that the firm will begin talking with its investors (so-called limited partners, or large institutions such as university endowments and pension funds) about a new strategy: More later-stage venture deals, non-technology deals such as energy and health care, and overseas deals, perhaps in Europe or Israel.

“We’re counting noses among the partnership to see who’s going forward,” Bayless was quoted by VentureWire (subscription required) as saying during the conference. He said the firm probably will do some hiring to fill vacancies, but that it would remain the same size overall.

He said the fund would remain around the same $300 million size as its most recent fund.