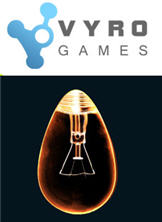 Vyro Games, a Dublin Ireland company, unveils a device today that forces you to relax while playing games.

It is called a PiP, or “Personal Input Pod,” and it measures things like the moisture in your hand to assess whether you’re stressed. If you’re showing signs of stress, your performance in a game deteriorates. If you relax, you do much better.

The PiP communicates wirelessly with software on devices such as mobile phones, PCs or games consoles. The devices must have Bluetooth technology.

Stefan Schaefer, the vice president of business development, will demonstrate the device Tuesday morning at the DEMO conference in San Diego by playing a game called “Relax and Race,” where two people control a dragon, and the goal is to race a course as fast as possible. 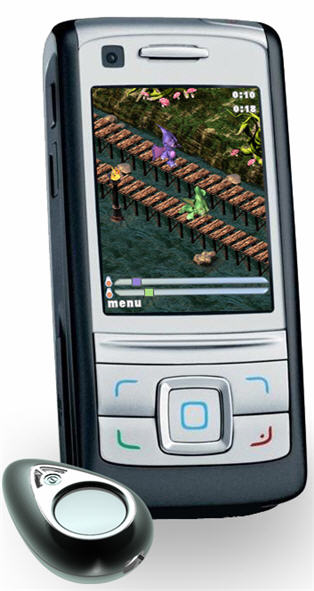 If you relax, the dragon spreads its wings and flies. If not, it stumbles all over the place. Schaefer said that some people, including his wife, have the ability to “shut off” the stress they feel at work when they come home. When they’ve played the dragon game together, his wife’s dragon always flies speedily to the end, while Schaefer’s dragon futzes around at the starting line – in part because he’s still stressed from work.

The company, which has three employees in Ireland, and two in a Santa Clara, Calif. office, has two other games, including “Storm Chaser,” where storms and wind howl until you relax, at which point, the sun comes out and birds start chirping, and “Lie Detective,” which gets more interesting because it detects whether you’re lying or not.

Schaefer said 12.8 million work days in the U.S. were lost in the 2004, according to one study, and that 70 to 80 percent of doctor visits are stressed related. 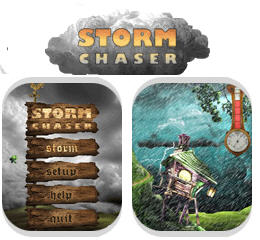 He said other applications can be developed for the product. Professional sports players, for example, can use it to find ways to relax before competition. Or if you’re playing golf, it will help you relax to attain that perfect swing. He said teachers may want to use it in the classroom, giving kids with short attention spans an incentive to focus; companies may want employees to use it to focus on getting tasks done.

The product works by first establishing a baseline set of characteristics for the user. It finds things like the normal level of moisture in your hand, and then works by detecting the slightest bit of variance from that baseline level. It doesn’t rely on your pulse. 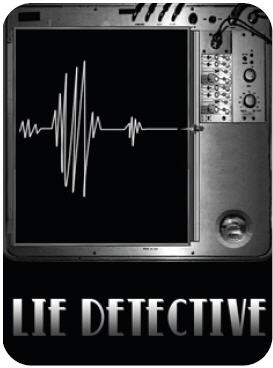 The company has been in development for two years, and has received an undisclosed amount of venture capital.

It is now searching for partners to help it in development. It is also forging strategic alliances with mobile handset companies and gaming companies for distribution.