Google has purchased, Zingku, a social networking service that spans mobile devices and the web, according to the blog Google Operating System.

Zingku lets you share text messages and photo messages with friends from a phone, the web, and from IM (see screenshot below), collecting everything in a personal web page.

The company has developed “certain assets and technology” that Google says it plans to incorporate with its other services.

Rumors are already swirling about a possible Google phone, and about Google’s continued push to integrate its wide range of online applications together. This purchase will no doubt fuel even more speculation.

Zingku, based in Boston, has announced its sale on its web site — price not disclosed — and has closed off registration. 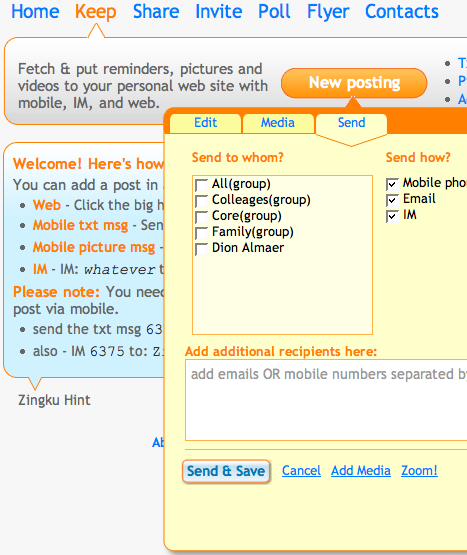