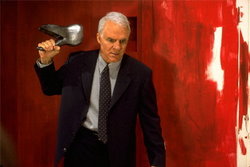 No one likes going to the dentist, and that lingering novocaine numbness usually just makes matters worse. But would you be willing to pay more — possibly a lot more — out-of-pocket for a shot that restores feeling to your face more quickly?

San Diego’s Novalar Pharmaceuticals is betting that you will. The specialty-pharmaceutical firm has been testing a drug it calls NV-101, which it says can cut in half the time it takes people to recover from local anesthetic. NV-101 has been through two late-stage clinical trials, and could be approved for use following non-surgical dental procedures such as cavity fillings as early as April.

Novalar’s approach is something of a departure for the field of specialty pharmaceuticals, which is crowded with deadly boring companies earnestly looking to tweak old or cast-off drugs just enough to justify charging high prices for them. NV-101 is still an old drug — in fact, it’s a reformulated version of phentolamine, an old generic drug previously used to treat hypertension. Phentolamine causes blood vessels to expand, increasing blood flow and lowering blood pressure.

In this case, however, the drug is definitely being put to a novel use, if not exactly a life-threatening one. The theory is that NV-101, administered locally following a dental procedure, essentially helps the body “wash away” remaining traces of the local anesthetic. Novalar CEO Donna Janson envisions dentists offering NV-101 as an option to patients who fear that hours of numbness will impact their ability to smile, drink, or even hold in their drool. (No lie — the company tested exactly these sorts of “functional impairments” in one of its clinical trials.)

Of course, dental insurance is unlikely to cover the drug, at least at first, so NV-101 will probably undoubtedly emerge as a new “convenience” option for patients willing and able to pay for it. Janson, in fact, cheerfully acknowledges that many dentists will have a profit incentive to use the drug.

“Patient satisfaction is number one” for many dentists, she says, noting the proliferation of spa-like dental clinics and the popularity of cosmetic dentistry (which also happens to be quite lucrative for its practitioners). Although the company hasn’t yet set a price for NV-101, Janson says it will be “modest” in comparison to the cost of many procedures, giving dentists the opportunity to “upsell” the drug. “There will be a financial hook,” Janson says. According to the company’s market research, dentists will typically charge patients twice what the drug costs them.

One risk of this strategy, of course, is the possibility that some enterprising dentists might find a way to use generic phentolamine instead of NV-101, potentially boosting their profit even further. Janson says that’s unlikely, mostly because Novalar will sell NV-101 in the same cartridges used to deliver lidocaine or other local anesthetics, making it particularly convenient to use. Dentists wanting to use the generic drug would have to calculate the right dose and use a standard syringe, which might alarm patients and could lead to complications.

Novalar’s backers are certainly fans of its strategy. Earlier today, the company announced that it had raised $30 million in a fourth funding round. Investors included New Enterprise Associates, Domain Associates, SR One and Montreux Equity Partners.

(And just in case anyone didn’t get the reference, that top-left photo features the seemingly murderous dentist played by Steve Martin in the film Novocaine.)