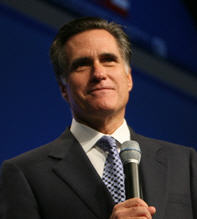 Mitt Romney, a leading Republican presidential candidate, was a founder of Bain Capital, a private equity firm. So you’d think he’d understand the basics of the VC tax legislation being fiercely debated in Washington. But in an interview with TechCrunch, he shows he doesn’t understand it.

When asked what he thought of the VC tax proposal he says:

The emphasis is ours. He is flat out wrong. The VC tax legislation governs only the “carried interest,” or the profits made by VCs and other investors from investing other peoples’ money, i.e, the money they get from the big institutions that provide the money to their firms. As we explained in our earlier story about the VC tax issue, the profits VCs make from investing their own capital remains at the low capital gains rate of 15 percent. For Romney to mix this up shows that he’s either purposefully trying to obfuscate this fact — like much of the rest of the industry is trying to do — or that he just doesn’t understand the issue, which would be troubling indeed. Too bad TechCrunch didn’t call him on it.

Romney’s comments, notably, come as the US House of Representatives Ways and Means Committee voted today to increase the tax to the regular personal income tax rate of 35 percent. The venture capital lobby, meanwhile, sent out a note saying it was “alarmed” at the move. The Senate, however, appears to have stalled on voting for the tax, so we don’t expect it to pass any time soon.