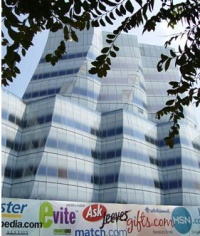 IAC to split properties into five companies — IAC, the large parent company of Ask.com, is splitting into five separate publicly traded companies: Home Shopping Network, IAC, Interval International, Lending Tree and Ticketmaster. CEO Barry Diller characterized the move as a strategic one, intended to allow the disparate units to concentrate on their own respective businesses. He will remain on as chairman of IAC, which will control a number of well-known web properties including Ask.com, Citysearch, Evite and Match.com.

Sea change ahead for Time Warner with new CEO — The media firm’s leader of the last six years, Dick Parsons, is no longer at the helm. A recent board meeting resulted in the ouster of Parsons and nomination of Jeff Bewkes, the president and chief operating officer, as a replacement. Both moves have been expected at the company for some time; Parsons is commonly described as a diplomat who helped keep Time Warner in one piece through difficult times and smoothed the process of merging with AOL, but is no longer helping the company grow. Bewkes, on the other hand, has a more aggressive management style. Time Warner is notorious for being a slow-moving behemoth, and AOL is mostly known for failing at everything it puts its hand to. Whether Bewkes can change the institutionalized culture at the $75 billion company remains to be seen.

Google acquisition of DoubleClick faces biggest hurdle in EU — The European Union, which famously hounded Microsoft for years over anti-competitive practices, may well set its sights on Google as the next giant up for kneecap-bashing. We’ll skip the legal details here, but this insightful post on ClickZ covers most of them, concluding that “the parties cannot complete the deal unless both EU and FTC approve it.” The European commission is set to decide DoubleClick’s fate a little over a week from now, on November 13.

Synthasite launches beta, but is late to the table — The do-it-yourself website creation company now allows you to publish the sites you build with it, offering free hosting. Synthasite had an early start when it came onto the scene in the beginning of this year, but has since lagged behind its competitors, Y-Combinator graduate Weebly and Germany’s Jimdo, which both have simpler interfaces and offer more ways to customize your site. Synthasite’s big ambition — to open a platform for third-party developers — is likely to collide with similar efforts from the competition, but the market is still anyone’s game. Synthasite generated some controversy (and a spike in traffic) when it offered stock to users (scroll down) in exchange for website templates. 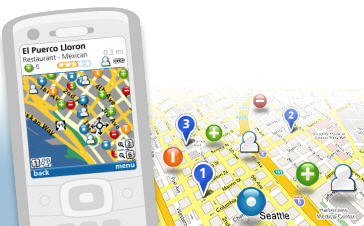 Whrrl, a mobile social network for sharing opinions about locales –Like Yelp, users can find information about restaurants, bars, and other retail joints and share reviews with other Whrrl members or your friends. You can download the application on your mobile phone or use it with SMS. It carries maps, too, so that you can scan your screen and pull up reviews from the dots on it representing your favorite places. You can select only those places recommended by your friends, for example. You can also filter for places based on type of restaurant or other keyword. It will soon let you track friends by GPS, and so is a lot like Loopt. There’s tension here. Loopt is backed by Sequoia Capital. Whrll, meanwhile, is backed Sequoia’s chief Silicon Valley rival, Kleiner Perkins.  KP led a $7.4 million investment last year, joined by Amazon’s Jeff Bezos and Trilogy Equity Partners. Seattle PI first wrote about the company last year. Techcrunch also reviews it here. Robert Scoble interviews the CEO of Whrll parent company, Pelago.

Most internet users still expect to freeload – At first blush, it appeared that an experiment by popular band Radiohead to offer their music for donation-only download had resulted in most users choosing to pay. Oh, really? A comScore study begs to differ: Only 38 percent of downloaded decided to lay down any dough, and on average it was only $6. The upshot: Don’t expect big media companies to stop the fight to charge full rates and stop free downloads on the internet.

PR flacks get spammed following Andersen post – The New York Times has a good retrospective on last week’s scuffle between Wired editor in chief Chris Andersen and 300-plus press relations people he claims spammed him. The latest: Since Andersen posted the email address of every one, the accused spammers are now, themselves, being spammed.