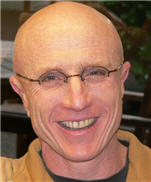 Kleiner Perkins partner Randy Komisar (left) caused a stir earlier this week when he supposedly said that his firm had stopped investing in “Web 2.0” companies.

Kleiner Perkins is the venture capital firm respected for its Internet investments in companies like Google, Netscape and Amazon. It has been a leader of technology trends over the past two decades.

But we’ve confirmed firm is hiring a partner to invest in consumer Internet companies, among other things such as wireless and Internet infrastructure. Someone slipped us the job specs (download here), and you’ll see that the firm is looking for quite a classy individual. The candidate must have a sense of humor, be humble, be organized, be intelligent, be a self starter, be analytical….the list goes on.

Anyway, the point is that Komisar’s comments shouldn’t be interpreted to mean the firm has stopped investing in the wider Internet sector (we tried to put things into perspective here; scroll down).

It’s true that Kleiner Perkins has, for the most part, sat out of the boom in companies known as Web 2.0. While “Web 2.0” is a vague term, it does refer to a specific set of technologies, well defined and described alternatively by Tim O’Reilly and more succinctly by VentureOne. VentureOne says Web 2.0 companies are the following:

Notably, Kleiner has left the plum opportunities to its rivals, such as Sequoia Capital, which invested in YouTube, before that company was sold to Google for $1.65 billion, Accel Partners, which invested in Facebook, and Benchmark, a backer of Zimbra.