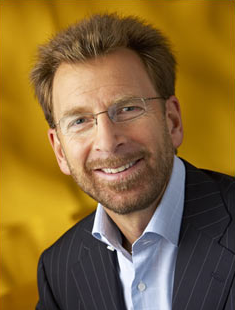 Warner Music CEO now supporting DRM-free music, iTunes — “We used to think our music was perfect just the way it was … of course, we were wrong,” said Warner Music CEO Edgar Bronfman at a recent conference. The media chief is now singing praises for iTunes and Apple, and the Warner online music store has also begun selling DRM-free tracks. These supportive comments and others from Bronfman, who just a few months ago was spouting rhetoric against online music sharing, may herald the way to a new era of cooperation between record labels and online retailers.

Silicon Valley engineering talent getting ever scarcer — VMWare is prepared to battle it out with Facebook and Google for the Valley’s top engineering talent, according to GigaOm. Combine the boom in the number of local startups with the growing companies’ endless thirst for talent, and you’ve got serious shortages — all the more reason to relax H1-B visa rules for skilled workers from other countries.

Microsoft closes $47M MusicWave acquisition — The Redmond giant paid $47 million for the French mobile music company. Not a bad deal, when compared to the $121 million that Openwave paid for the same company two years ago.

Yet another VC backs VC tax — First it was Fred Wilson. Now it’s another one, though with smaller name. William Stanhill of Trailhead Ventures testified in front of Congress that the carried-interest tax rate should go up, against the objections of his partners. The bill passed Congress, but will reportedly be be blocked in the Senate. Stanhill is unapologetic; of course, at the age of 71, he has every reason to be straightforward, and even calls himself a “depreciating asset.” Score one for the “nothing to lose” crowd. For more on why VentureBeat thinks the tax should pass, see this post.

Joost gets creative with the ads — A new “advertising widget” called Coke Bubbles has debuted on Joost, which has so far only run pre-roll ads on its videos. Advertising advocates are pushing for more creativity online, and that’s what Joost appears to be after. Whether the widget is particularly creative is another matter; it’s essentially a video sharing app with Coca-Cola branding. The reception in the blogosphere was lukewarm at best, with CNET’s Caroline McCarthy comparing it to “those Pop-Up Video shows that VH-1 did back in the ’90s, except not quite as customizable.” Ouch.

Berners-Lee speaks out against walled gardens in the mobile space — Mobile phones are in danger of being locked into walled gardens, says Tim Berners-Lee, one of the inventors of today’s Internet. “An open platform means using standards,” Berners-Lee said. “The mobile internet must use the same standards as the Internet.” More from the New York Times here.