Ausra, the Palo Alto-based solar thermal company that just last month announced plans to build a 177-megawatt solar installation in California, is now in the process of launching a new business arm, mass producing its own flat-mirrored solar collectors.

It’s begun construction on a Las Vegas facility that it says will churn out enough solar collectors each year to produce 700 megawatts of energy. And the construction’s not moving slowly: Ausra plans to have the 130,000 square foot plant completed as early as April 2008.

Solar thermal works by reflecting light onto tubes of water to generate steam. Industry insiders have been saying for decades that solar thermal units, if they can be produced at large scale, are cost-competitive with electricity produced by gas-fired plants.

The sheer size of the plant, which will produce enough collectors to generate 700 megawatts of energy each year, should help with that. By running a mechanical production line, much like a car factory (a robot from the line is pictured below), Ausra expects its new Las Vegas plant to run with just 50 permanent employees. 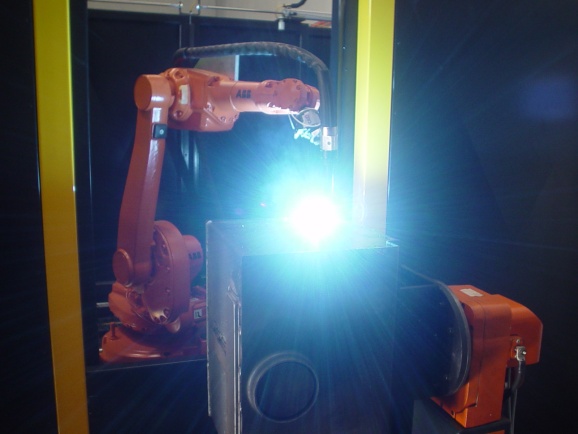 Ausra’s probably not the only company moving into large-scale production. Competitors like Brightsource and Solel likely have plans to launch similar efforts, although nothing has been announced yet.

And this leads us to some of the risks Ausra might face once its new plant is up and running: Other well funded companies, including foreign giants like Spain’s Abengoa, could flood the market with their own solar thermal concentrators. Even if they don’t, a drop in prices for other sources of energy could result in the company finding itself stuck with more capacity than demand for its collectors.

And from a liquidity angle, Ausra needs plenty of interested investors. The $40 million funding round it took earlier this year will get the company started, but it needs to raise much more for its physical plants — about $500 million alone for the San Luis Obispo electricity generation plant, according to a company spokesperson, with banks, utilities and private equity as the most likely sources. They aren’t disclosing how much the Nevada facility will cost, but said they aren’t planning on taking another venture round for about a year.

On the other hand, if Ausra’s foray into large-scale production proves a success and it wants to further scale up production, it may run into some other, unrelated hitches. Recent reports indicate that the steam turbines used by solar thermal facilities, in many cases the same ones that go into coal-fired plants, are in short supply.

As in the case of wind power, which has run into obstacles with the turbine supply, slow movement in one part of the chain could moderate the pace of growth, at least in the short term.

Risks aside, this is one of the biggest moves yet in solar. Below is the site of the future California generation plant. 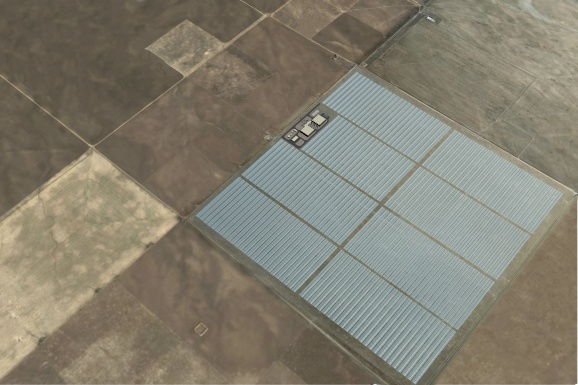