The holiday break felt especially long this time, so here’s a longer roundup than usual — of everything you may have missed over the last few days:

Ebay’s Kijiji tries to tar Craiglist’s reputation — The NYT has a story about Kijiji, a competitor to online classifieds company Craigslist. The remarkable thing about the story is that it lets Kijiji executives associate Craigslist with offers of “sadomasochistic encounters and prostitutes,” without some sort of response from Craiglist. Kijiji, meanwhile, is positioned as family friendly.

Venture firm Sevin Rosen splitting apart — All four of the venture capital firm’s Silicon Valley firm are leaving the Texas-based firm, including Nick Sturiale, the investor in Xensource, the virtualization company recently acquired by Citrix for $500 million. Sturiale will be a managing director at Carlyle Venture Partners, we’ve confirmed. The split was first reported by PEInsider.com. It’s part of a longer process of decline at the firm, and of general hardship in the venture industry right now.

Blekko is the umpteenth start-up to go after Google — Never mind that Google has won the search engine wars, or that Microsoft and Yahoo have poured tens, if not hundreds of millions, into trying to keep up, or that scores of other companies have launched to fulfill every conceivable search engine niche. Start-ups trying to take on Google keep coming. The latest is Blekko, a secretive company to be launched by Rich Skrenta, who co-founded the Open Directory Project and news site Topix. Skrenta says Google doesn’t have any competition, but we’re wondering where he was when a tsunami of search engines that hit in 2006, not to mention new ones like Mahalo last year and now Wikia Search to emerge in a few days. Anyway, it’s always great to see people think big, and we wish him well. He’s raised $2 million in seed funding from Ron Conway’s Baseline Ventures and two early Google employees, David DesJardins and Jeremy Wenokur. [Image is from the placeholder on Blekko’s site]

Peter Thiel says venture industry need to be shaken up — The WSJ has a notable story about Peter Thiel’s view on the weaknesses of the traditional venture industry. However, the piece also says the value of his seed investment in Facebook has increased more than 50 times, which seems understated based on Facebook’s reported valuation of $15 billion now. You’d think the a seed investment would have been made at far less than $100 million, and that the value of his investment may have increased 1000-fold or so. We’ll do some checking on that…

Marc Canter gets $400,000 for his PeopleAggregator.com — Canter has been working his platform, which is supposed to encourage more open social networks, for some time now. Here he writes his latest thoughts, and discloses his funding. See our previous coverage. 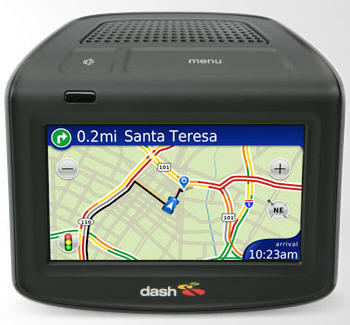 Dash Express, the Internet-connected GPS navigation device for your car, to sell for a whopping $600 — The Silicon Valley company, Dash, has raised closed to $42 million in backing from big-name venture capital firms Kleiner Perkins and Sequoia Capital. But who is going to buy this device at such a price, when you can get mobile phones or devices that offer much the same thing — more phones are GPS enabled and they’re sporting services like Google which provide increasingly accurate local search? And the Internet connection on Dash is unlikely to reliable while driving around. Dash lets you do things like find a Chinese restaurant while driving somewhere, but you can do that easily on a phone. In addition to the $600, Dash charges fees of between $10 and $13 a month, GigaOM reports. (Our previous coverage ).

The Google investing Mafia — The New York Times has the story about all of the former Googlers who left to start investing in companies, including Chris Sacca, Aydin Senkut, Paul Buchheit, Georges Harik, Satya Patel, Salman Ullah, Sean Dempsey, and Andrea Zurek. Only PayPal has rivals Google in spawning so many eager investors and entrepreneurs in the Internet industry. Particularly noteworthy is the example of Meraki Networks, the WiFi router company, which is both co-founded and backed by ex-Googlers.

Edgeio’s asset sold — Looksmart acquired most of the assets of Edgeio, the online classifieds company that shut down a couple of weeks ago. 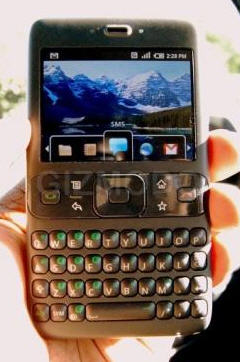 Google Android smartphones phones could launch in February, according to rumors by APC — Although, while Google’s Android is stumbling on deadlines, phone standards around Linux are being rolled out by a consortium including Orange, France Telecom, MontaVista, and Access. The group has included an APIs for telephony, messaging, calendar, instant messaging, and presence functions, as well as new user interface components.

Netcape dies, while co-founder Jim Clark stumbles in real estate pursuit — Netscape, once a leading Web browser, has finally shut down. This comes, coincidentally, as one of its co-founders, Jim Clark, who left Silicon Valley a few years ago saying the tech industry boom was over, stumbles on his subsequent endeavor: real estate. The founder of Silicon Graphics, Netscape, and WebMD went to build condos in Florida, starting a company called Hyperion. The New York Times reports about problems the company is having repaying a $110 million loan and with customer complaints.

Google about to sign deal with Japan phone giant NTT DoCoMo — This will give Google a potential 48 million in a market where Yahoo has traditionally dominated. Details here.