Outspark, a rapidly growing community games publisher with one million users in just five months, is out to change the online game market.

Based in both San Fransisco and Seoul, Korea, Outspark wants to challenge the subscription-based model of Massive Multiplayer Online (MMO) games that’s predominant in the U.S. by offering games for free and getting revenue from the sale of virtual goods instead of subscriptions.

It’s a model borrowed from the highly successful Korean and Chinese online gaming markets. Users trade real money for virtual money (in this case “sparkcash,” the Outspark currency) and purchase virtual goods related to the games they play. 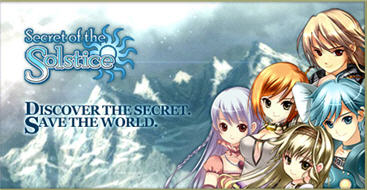 The company has published two games to date — Fiesta (screenshot below) and Secret of the Solstice (screenshot above), which is still in final beta — and announced today that it’s raised $11 million in a second round of funding.

Tencent Holdings, which operates QQ.com — China’s leading internet portal and instant messaging company that has 289 million active users — is leading the round along with existing investors Altos Ventures and DCM, who invested a combined $4 million in April of last year.

CEO Susan Choe, who has worked in investments and global operations for several internet companies, including Yahoo, said she wants to build a “virtual playground sorta like Disneyland.”

Outspark will offer casual to mid-casual games in all types of genres so that users can select different games based on mood, the same way they watch TV, she said.

Outspark plans to personalize the Asian-gaming model by weaving a social community into the fabric of their games, Choe said. Users get a single ID and use the same currency across all of Outspark’s games, so they don’t need to sign up multiple times for the same services. The idea is to encourage Outspark users to connect through common interests, not just through the games they play together.

Each Outspark game acts as an independent sort of “ride” (hence the Disneyland reference), where each game developer/producer can throw events, such as a virtual costume ball, or group dances.

The market for these games has expanded since 2003 when North Americans broadband usage started to increase, Choe said. She attributed the lack of competitors (they don’t consider Second Life a competitor) to the fact that game companies are only just realizing that digital assets can generate so much money.

According to Han Kim, co-founder and general partner of investor Altos Ventures, three to four out of every 10 players buy virtual goods in Outspark’s Fiesta, their first live game, and the amount of money they’re spending is growing.

In Korea, Kim said, game publisher Nexon generated $200 million a year from a game called “KartRider,” which was little more than an online cart racing game. Users bought upgrades from the virtual store, like a new set of tires or designs for their carts.

Outspark said it plans to release a flash-based game this month and to double users by year’s end. According to Choe, they have a leg up on potential competitors because of they’ve got both Korean and U.S. game developers and producers on their team. But she says she’s interested in partnership — with a company like Yahoo, or even Electronic Arts. Time Warner has expressed interest in having Outspark create a virtual world on an outsourced basis

In fact, the company’s team of 40 is largely drawn from media and gaming companies such as Yahoo, Electronic Arts, Blizzard, Nexon, and Dreamworks and will be competing against companies like Red 5 studios, which has nine people on its team who were also behind the launch of uber-popular game World of Warcraft.

Kim said the company’s “cross-cultural” relationship with Korean game developers will enable them to publish games for the U.S. market that are novel and innovative. They also expect to release constant updates and upgrades, where console game companies don’t upgrade after a game has shipped.

Choe said the company’s real strength will be its open APIs, on which game developers and gamers can develop their own Outspark games. The company also plans to offer APIs, games and communities in other languages, she said. 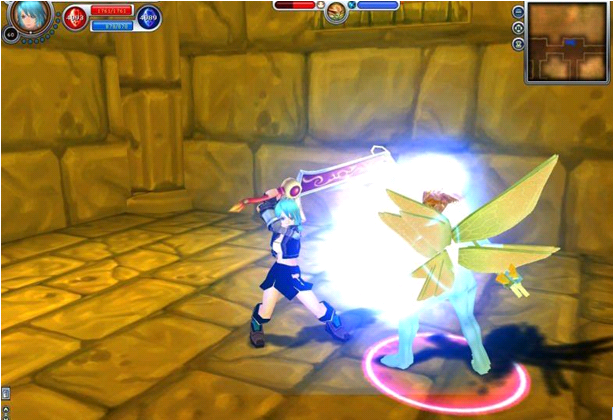