Talk of the “semantic web” was deafening late last year, with startups from search engine Hakia to travel organizer TripIt touting specific uses of semantic technology. That trend has continued into this year with fundings. Metaweb got a giant $42 million round, for its semantic database, Freebase; stealth Israeli company SemantiNet just received $1.7 million; and we’re hearing rumors of more fundings on the way.

Semantic technology, which can range from simply tagging of data, as today’s websites do, to a whole complex set of standards and technologies for labeling and cross-referencing existing data in a computer readable format, is expected to be fairly commonplace by the turn of the decade, so both initial hype and the first stirrings of some future powerhouses are taking place right now.

Franz is one of only a small handful of companies that wants to provide semantic tools to others rather than building them for its own use. The Oakland, Calif. company’s approach uses what’s called a “triple store” — a name that refers both to an entire database and to its three-part constituents. For example, a restaurant called Kokkari would get the tag Kokkari-Is-Restaurant, which would let the computer know that it was part of the restaurant category.

The technology would also find out data about the restaurant, like Restaurant-Has-Menu. Data can be continually added in this way, so the computer might also know Kokkari is in San Francisco and that it should have a reservation number.

For a startup, all that collected data could be used to construct a website that dynamically brings up information in response to user requests, so that someone searching for a good restaurant near their hotel in San Francisco would get all the data the system had on Kokkari and other nearby places. And, to date, quite a few startups with bright programmers have figured out how to custom-build simple systems like the one described and put them in place for their own limited needs. 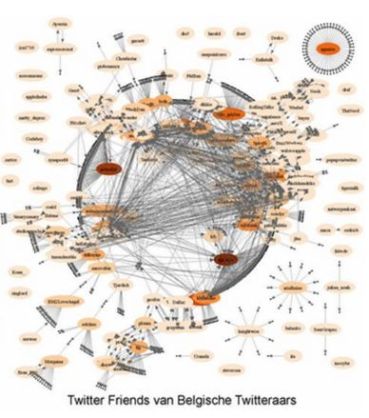 So far so good, but building custom solution takes a lot of time and money. Furthermore, imagine indexing a large, diverse site like that — Wikipedia, for example — or even the whole internet. Aside from being mind-bogglingly complex, easily involving hundreds of millions (for Wikipedia) to trillions (for the whole internet) of connections, running the program without overburdening the memory and processing power of the computer it’s on has its own challenges.

That’s where Franz comes in, with a piece of software called AllegroGraph. While large companies like Metaweb and Radar Networks (the creator of Twine, covered here) have built their own triple stores, Franz offers pre-built software for companies that want a cheaper and easier way to have their own powerful triple store.

AllegroGraph has a number of advantages, not least of which is its speed. In an interview, CEO Jans Aasman told us that Franz’s software is “many times faster” than similar software offered by Oracle. It also requires less computing resources than competing software.

Even better, it’s free for small-scale use. Franz makes most of its money from support services and consulting offered to larger clients like pharmaceutical companies, who are working with extremely large and complex databases which might, for example, cross-reference thousands to millions of genomes or results from drug studies.

Aasman has been seeking funding from large companies in the information technology field in order to reap the benefits of a partnership, but says he’s also considering a venture capital round to fund expansion. “Personally, I’d be happy with between $5 and $10 million, just to build up a sales team and hire a few more programmers,” he told us in a call. “We already have a product and customers, and we were profitable last year.”

And for startups interested in semantic technology, but without funding to pay for a team of experts? “We’d certainly like to talk to them,” says Aasman. “We’ll get the software in their hands and help teach them how to use it.”