Renkoo, the Silicon Valley start-up that is lets you do social planning online, has picked up an extra $6 million in their second round of venture investing.

Renkoo, of Redwood City, allows the users of its site to send invites to plan and organize events. You can see our previous coverage of Renkoo here, where we discussed its early use of “Comet” technology that allows a “persistent” connection to facilitate communication when needed.

Aside from being a social networking site, Renkoo is also the creator of the Facebook application Booze Mail. Over the last year, Renkoo CTO Joyce Park tells us, Renkoo found that its most popular use was to organize people to go out for drinks. Responding to this demand, Renkoo developed the Booze Mail application for Facebook, which has more than 70,000 users (screenshot below).

Park stated that this new round of investing will be used to develop more applications for Facebook and other social networking sites.

The round was led by Maveron Equity Partners, and previous investor Matrix, which earlier invested $3 million, participated. 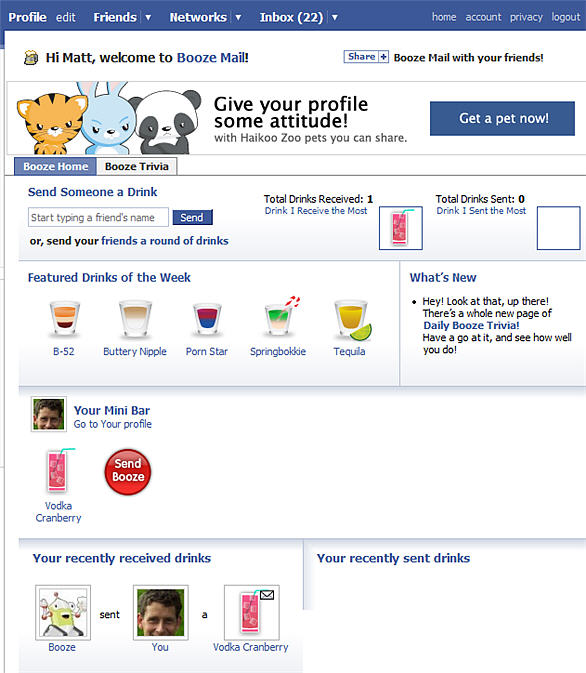