FCC auction is up to $20 billion — The Federal Communication Commission’s wireless spectrum auction has raised $20 billion so far, well over the agency’s minimum goal of $10 billion, according to Fortune’s Techland blog. The so-called C-block, which is supposed to be best suited for broadband Internet, has raised the most so far. The FCC won’t disclose the winning bidders until the entire auction is complete, but analysts have said Verizon is a probably one of them. 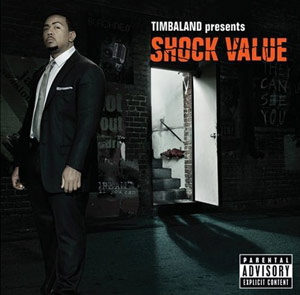 Hit-maker Timbaland to release mobile-only album — Timbaland, the musician whose album “Shock Value” is up for five Grammys, has signed a deal with Verizon Wireless to create a song per month that will only available to subscribers of V Cast, Verizon’s mobile entertainment service. Timbaland believes a mobile album will reach more fans than a traditional CD release, Billboard reports.

Kindle hasn’t ignited e-book sales — Silicon Alley Insider wonders, “If the [Amazon’s e-book reader] Kindle is flying off the shelves, shouldn’t e-book sales be booming as well?” There isn’t much data yet, but the site points to Arthur Klebanoff of e-book publisher RosettaBooks’ statement that there’s “no evidence” the Kindle will spur more sales than the Sony Reader.

Polaroid shuts down film manufacturing facilities — Polaroid is shutting down its two Massachusetts plants, which make large-format film for professional photographers and artists. According to The Boston Globe, the company is laying off 150 employees and plans to close its remaining plants in Mexico and the Netherlands. Polaroid will now focus on flat-screen TVs and digital photography.

First Round Capital closes $125M fund — First Round Capital has closed a new fund with $125 million in capital commitments from limited partners like Princeton University, the University of Notre Dame and the Investment Fund for Foundations. PEWire reports that some were speculating that the fund’s size indicated that it was moving toward later-stage investing, but First Round’s co-founder said that’s not the case.