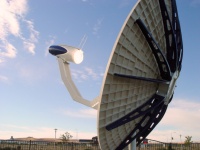 Although it’s over two decades old, Infinia is a relative newcomer to the solar market, having only been working on its solar thermal generator for a few years.

That may not prevent it from quickly becoming one of the largest players, though, with a new $50 million investment to kick off production and a slate of manufacturing partners ready to help fulfill its first orders.

The most notable detail about Infinia’s technology is that it’s based on the Stirling engine, which uses thermodynamic cycling of air to produce energy. Basically, air within the engine is heated by the concentrated rays of the sun, and then converted directly to energy.

Stirling engines are noted for their high efficiency, but have so far confounded other startups that have attempted to use accident-prone “kinematic” versions with solar concentrators. “You don’t know when you fire those up whether they’ll run for 25 or 500 hours, but you do know they won’t work for 5000 hours, or 60,000, as ours will,” Infinia CEO J.D. Sitton told us in an interview. 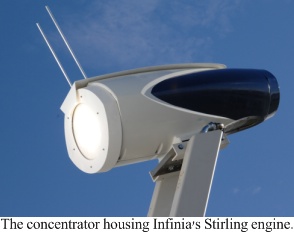 Infinia uses a hermetically sealed, single-piston design that Sitton says drastically reduces maintenance costs, although it lowers efficiency somewhat. The outcome is a solar thermal generator with 24 percent efficiency, which is still much higher than most competing alternatives currently on the market.

However, rather than fight for utility-scale developments with other solar thermal startups like Ausra or Solel, Sitton says his company will compete with solar photovoltaics. The first Infinia product will be a dish which can be sited within towns or cities, singly or in small groups.

That strategy will give the company the ability to set its own margins because it 20-30 percent cheaper than solar PV, Sitton said, although he would not disclose exactly how much the 3 kilowatt dishes would cost.

The company plans to begin producing dishes in November, and build up to 200MW per year of manufacturing capacity by the end of 2009 by working with manufacturing partners from the automotive industry, who Infinia is helping retool their production lines with part of its funding. 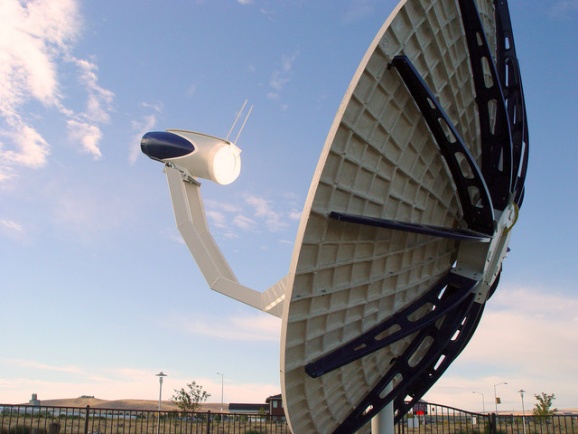