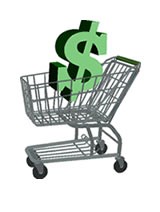 Life-science IPOs may be hitting the wall — so far this year, seven biotech and medical-device startups have yanked their offerings — but one part of the IPO market is booming. That’s the field of “special-purpose acquisition corporations,” or SPACs, which are essentially blank-check companies that raise money through initial offerings specifically for the purpose of acquiring other companies.

At Renaissance Capital’s IPOhome news page (partial screenshot here, as the flow of news will probably throw off the numbers), fully one-third of the IPO-related items involve SPACs filing, pricing or completing IPOs. Throwing things into an even starker light is the fact that most of the other items — 11 out of 27, to be exact — are all about IPO withdrawals or postponements.

SPACs can buy any target they can afford, but some have shown interest in private companies. In fact, a few have already been active in the life-sciences venture sector, and odds are good they won’t be the last. In December, a SPAC took out Precision Therapeutics, a maker of cancer diagnostics that looked shaky to me when it first filed for an IPO. Then just last week, a different SPAC bought up specialty pharma Dynogen Pharmaceuticals.

These sorts of transactions are often a pretty good deal for the startups involved, as they provide an easy route to the public market and, often enough, an infusion of capital on favorable terms. Conceptually, these deals are similar to reverse mergers, in which a listed shell company — often with few or no assets — “acquires” a startup for a minimal sum, then assumes the target’s name and carries on business without a hitch.

Another factor working in startups’ favor is the fact that most SPACs have only a limited time to make an acquisition. If it fails to close a deal within 18 to 24 months, a SPAC usually has to return its capital, minus expenses, to its investors and disband. That sort of deadline can definitely play to the advantage of entrepreneurs and VCs looking to get the best possible return on their investment. In fact, that’s exactly what the good folks at the In Vivo blog think probably happened in the Precision Thera case, which was a deal that didn’t seem to make a lot of sense on the surface.

There’s no easy way to tell how many SPACs may be prowling around the life sciences — although some are formed specifically to make acquisitions in particular sectors, many others are general-acquisition vehicles. I’m not aware of much SPAC activity in other venture sectors such as technology or cleantech, but I wouldn’t be surprised to find blank-check companies nosing around there for deals as well.

Coincidentally enough, Andrew Ross Sorkin has a good piece on SPACs in today’s NYT. He doesn’t touch on the venture-startup angle, but it’s a helpful primer on how these oddball vehicles work and the perverse incentives that favor doing a deal — even a bad one — over the alternative. In that sense, in fact, a burst of enthusiasm for SPACs looks like nothing so much as the last gasp of the stock-market bubble.