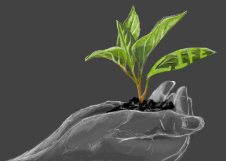 Skeptics of social networks like Facebook and MySpace and their ability to produce value for advertisers gleefully pointed to more evidence last week: Google said its keyword advertising program on MySpace isn’t making as much money as Google had hoped.

“So what?” is the response I typically hear from the many people who have staked their business on making money through social networks , and who are making money. “I’m doing great and this information isn’t relevant to me.”

Advertisers are finding that they can more efficiently reach social network users who care about their messages — something they currently pay billions in television and print advertising to do. Meanwhile, musicians and other content creators are finding users enjoy sharing their music and videos on these widgets, which in turn drives album sales. Software developers, in turn, are making money from building widgets and applications to reach millions of these users, and let advertisers and content creators make money through their reach.

Here are some examples that may eventually help answer the question of “How can Facebook be worth $15 billion?”

Dell is taking major steps to become more environmentally-friendly, and it wants every consumer to know. It is building its computers to use less energy and it is reducing greenhouse emissions at its manufacturing plants, among other efforts. The company is working with ad company called Federated Media and a Facebook application that lets you draw artwork and feature it on user profiles, called Graffiti. Dell backed a contest for top drawings around its theme of environmental “ReGeneration,” where contestants created visual answers to the question “what does green mean to you” within the Graffiti application. The contest, which ran over two weeks in January, generated more than 1 million votes on more than 7300 Graffiti entries. Check out the top 150 here (as well as the ones pictured, above and below) — you’ll be impressed.

This campaign was a success because Dell both promoted something people cared about and reached out to them through a medium they cared about. The Graffiti application has more than 8.6 million total members and 253,830 daily active users (as of today). Because Graffiti is a Facebook application, users also learned about the contest through Facebook’s news feeds and user profiles. Federated Media (which, in full disclosure, runs ads on sites like VentureBeat), also featured ads about the contest on sites popular with Graffiti users, including sites like Boing Boing and Make. These ads pointed users back to the Graffiti application.

Even though this was one of the early efforts by a brand advertiser to reach social network users, Federated Media and Graffiti made money from Dell, Federated Media’s publisher, Chas Edwards, tells me. More thoughts on the campaign from him here. Dell, meanwhile, accomplished what it set out to do, which was to reach hundreds of thousands of users and have them engage with its brand in a positive way. Whether Dell actually sells more computers as a result of the campaign is still open to question. This was a brand-building exercise, not a direct-response campaign, and so the idea is that Dell will be able to sell more computers in the future.

The level of “chatter” about an upcoming album release among music bloggers and social network users correlates to the number of album sales, according to a recent study by researchers at New York University. The study looked at more than 108 albums released in the first two months of 2007, comparing the number of blog posts and MySpace friend requests about a release to its later sales. The correlation most likely exists because 1) blogs and MySpace users pick up on the best new music early on, and 2) because by talking about what they like, they spread the word to many more people than would otherwise hear about the latest jams. More here from Ars Technica.

So if you’re a musician and you want maximum exposure to drive album sales, you make sure to get the word out on blogs and social networks. This has created new business opportunities for startups. Take Nabbr for example. It distributes music and videos for major media organizations like Sony BMG, EMI and Universal on widgets that it says reach more than 36 million users. It both syndicates content through other widget providers and builds its own widgets.

Nabbr isn’t a technology company so much as a virtual promoter. Like the guy who walks into the bar and leaves a bunch of flyers everywhere, but on the web. Nabbr will take a new release, such as a 25th year anniversary commemorative release of Michael Jackon’s Thriller, and try to distributed it to the largest group of users it can, specifically the 110 million monthly active users on Myspace. Then, Nabbr watches which group of MySpace users watch and share the content the most. It introduces more, similar content to those users. In the case of Thriller, the company found that kids liked it far more than classics like The Beatles. Now, Nabbr knows, these same kids will likely be receptive to other throwback releases.

The company is funded by investment bank Allen & Company, which also counts many media and tech companies as clients. Allen & Co. appears to be trying to get in on the future of media — to help its more traditional clients find new audiences online, if not to make money from the widget phenomenon. 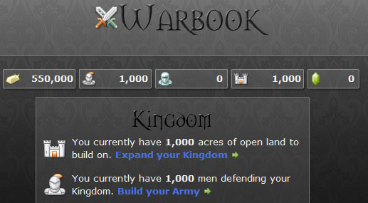 The Social Gaming Network (SGN), which among other things builds games designed to work entirely within social networks, has some good reasons to be bullish on social networking platforms. It gained more than one billion page views within the first 100 days of launching a set of games built within Facebook’s developer platform, such as Warbook (pictured) StreetRace and Fight Club. In total, more than six million users have installed its applications on Facebook. Among those, half a million play games daily.

The company is making money, president Shervin Pishevar tells me, from selling advertising that targets users who play its games. For example, it it making “pretty good CPMs” on video ads that run before a game (in contrast to video ads that run before a video), he says, although he wouldn’t provide specific numbers. Targeting content and ads to individuals through social networks is going to happen more and more, through in-game ads, sponsorships, and virtual goods, among other aspects, he says. This same information about user preferences can be used to promote new games to users, based on other games users have already enjoyed.

One should view the Google-MySpace ad deal as another early and obvious effort to monetize social networks. It’s a shared-revenue agreement, whereby Google and MySpace make money from ads that MySpace users click on, and which are contextually related to whatever MySpace page the user is on.

That program may not be doing well. But keyword ads were irrelevant to other folks trying to make money on  the social networks. Pishevar, the guy we mentioned above who runs the gaming company, displayed his scores from games on his Facebook profile and through his news feed, and his ten year-old son saw them, and the two are now locked in fierce Facebook gaming competition. Pishevar is making money from this sort of activity.

At the end of the day, distribution channels and social data contained in social networks and applications make them worth something. This is what startups large and small are madly experimenting with. Social networks in turn can make money from these platforms through ecosystem supporters like ad networks and payment systems. Facebook and others are working on these things. It’s early days, and the early birds are already making money. It sure feels like there’s going to be a lot more room for other people, too, going forward.