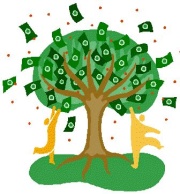 Venture capital investments into clean technology companies last year was $3.04 billion globally, and of those a solid 83 percent of the companies were in the United States.

The data, compiled by Dow Jones VentureSource,  suggests the industry is more bubbly than indicated a few months ago by Thompson Financial / NVCA stats, which showed cleantech investments for the first three quarters of the year at $2.6 billion. Dow Jones counts deals differently, however, and didn’t include some of the mega-fundings like the $500 million investment in Delta Hydrocarbon BV that Thompson factored into its total.

Instead, Dow Jones counted up dozens of small deals, and painted a picture of rapid sector expansion. Deal volume in the United States alone was up 54 percent, with the category of alternative energy production notably ballooning to 76 deals — well up from the 2005 and 2006 numbers of 22 and 47, respectively. Deal deal volume in Europe was almost flat, but investment rose 27 percent to €266 million.

The biggest funding by Dow Jones’ reckoning was Shai Agassi’s Project Better Place, which is based in Palo Alto and took $200 million from US investors, although its business plan is to build an alternate fuel network in Israel.

Some other big fundings that helped drive up the total included Imperium Renewables, Heliovolt, Solyndra and Amyris Biotechnologies (coverage here, here, here and here), all large-scale solar or biofuels, which together took $367.7 million. In face, solar, transport and biofuels alone took about 56 percent of the total pot in the US, or about $1.27 billion.

Then there were dozens of smaller deals in 16 other categories including fuel cells, waste treatment, and even a lone geothermal investment.

The leading state for investments was California, with 66 of the 110 total US deals. Massachusetts came in second with 11, and Colorado and Washington tied for third with eight each. Twenty states had no recorded fundings at all.

This quote was attached to the Thompson / NVCA report, but it’s so applicable it deserves a comeback for this post: “Investing in new technologies can be fraught with pitfalls and is not for the inexperienced or the faint of heart. Prudent, long-term, knowledge based investment in cutting edge technologies has been the hallmark of venture capital in the past and should be the mantra in the cleantech space as well. Short-term ‘tourists’ should steer clear,” said NVCA president Mark Heessen. Watch out, it’s frothy out there.