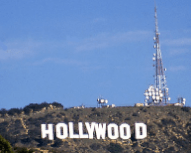 The fund is being touted as a more successful sequel to dot-com era efforts by Hollywood and Silicon Valley investors to bring their industries together. This time, the investments will be small and targeted. The fund aims to invest as little as $250,000, focusing on Southern California companies, and ranging in scope from mobile software to social networks. The fund will be in the tens of millions of dollars — peHUB says it has heard the amount may be as high as $50 million.

As Accel’s Jim Breyer told the Times: “There is always a fear, I know, that the bubble is about to burst when a parade of actors and actresses comes through my door. This time the discussions are much more rational.”

The fund will be led by Richard Wolpert, former president of Disney Online and former chief strategy officer at RealNetworks. As VentureBeat readers may recall, Wolpert himself has already been actively investing in online game companies since 2006, including gaming site Kongregate and multiplayer online game GameLayers. He is also an advisor to Accel.

The fund will have an executive committee comprised of representatives from the venture firms and AT&T, along with a separate and larger committee that will decide which startups get funding.

The move is intended to help the fund’s partners themselves get a better understanding of each others’ industries. AT&T’s representative, Susan Johnson, went as far as to tell the Times that “we’re not in it for the return on investment,” but rather to learn about the digital content business.

This news follows earlier reports that valley firm Draper Fisher Jurvetson has been trying to raise a $150 million fund together with Hollywood agency Creative Artists Agency (our coverage).

There have also been rumors that one of the other “big four” Hollywood agencies, International Creative Management, has also been looking at creating a new media fund. We’re watching to see which valley venture firms may partner with it, or with the fourth agency, United Talent Agency.

Also, I’m going to be in Southern California this coming week. If you’re a startup or investor located in SoCal, let me know if you want to grab coffee. Email me at eric (at) venturebeat (dot) com.