Apple held an event today at its Cupertino headquarters to go over its iPhone “software roadmap”. While many expected to hear information about the software development kit (SDK) for the device, there were actually quite a few more significant announcements.

The biggest news?
— Microsoft Exchange is available on the iPhone
— The SDK is ready, but there won’t be any consumer iPhone updates to use it until June
— Games are making their first appearance on the iPhone using multi-touch and the accelerometer
— Instant messaging is coming to the device from AOL
— Developers who choose to charge for iPhone apps will get a 70/30 split; developers who release their apps for free won’t be charged
— VC firm KPCB started a $100 million “iFund” to spur independent iPhone development.

Here’s a rundown of how of the event went down with more details:

Big market share. The iPhone took control of 28 percent of the smartphone market by the 4th quarter of 2007. This towers over every other manufacturer besides RIM (maker of the Blackberry), which stands at 41 percent but, of course, has been out for several years compared to several months for the iPhone. The iPhone also accounts for a staggering 71 percent of mobile browser usage.

Microsoft Exchange on the iPhone. Apple has licensed ActiveSync from Microsoft for the iPhone — obviously a big deal considering the two companies’ often contentious relationship. Microsoft has even developed a more advanced architecture for the service to work with the iPhone. It will include push email, push calendaring, push contacts, global address lists, and the ability to do a remote wipe of the data.

The lack of Exchange support was certainly one of the factors that stopped many business customers from crossing over to the iPhone. Today’s announcement could significantly help adoption rates.

Other enterprise announcements. The iPhone will work with the aforementioned push email/calendering etc from Microsoft and presumably others. And it will now support Cisco IPsec VPN and enterprise class WiFi. Security for enterprise data will be a major focus. 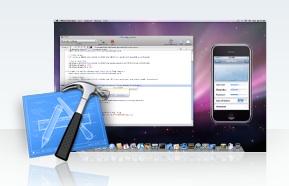 iPhone’s greatest assests: the Multi-Touch, Core animations, h.264 videoplay back, the Accelerometer (which tells the iPhone whether you’re holding it vertically or horizontally).

Developers will be able to build applications on their computers using Xcode, which is the source code editor Apple uses to build both OS X apps and iPhone apps. They will also have access to debugger software and software dubbed “iPhone Simulator,” which, just as its name suggests, will emulate the iPhone on your computer for testing purposes.

Apple has also smartly included an interface building tool so that applications will retain the look and feel of current iPhone applications.

Games on the iPhone. Apple clearly expects mobile gaming to be a large part of what comes out of this SDK. They demoed a few games that were put together very quickly. And game company Electronic Arts was on-hand to show off an iPhone-version of its much hyped upcoming game Spore (see more on that here).

Sega showed off a version of its hit game Super Monkey Ball running on an iPhone. The company demoed how iPhone users could play the game solely using the Accelerometer to control movement within the game. This means you won’t have to press any buttons, but instead will simply tilt your iPhone to play. I can’t help but think about Nintendo’s massively successful Wii gaming console with games such as this.

Instant Messaging on the iPhone. AOL announced a version of its AOL Instant Messanger (AIM) for the iPhone. This is big news for the device because, while it has had the ability to communicate via cellular service and SMS, there has been no native instant messaging application thus far.

AOL’s AIM app uses all the standard iPhone gestures (swiping left and right to switch between active chats), and also fully uses the standard AIM network information such as status updates and creating buddy icons from photos taken on your iPhone. 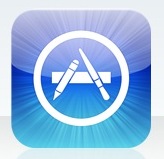 The Application Store. iPhone users will be able to access all third-party apps directly from a new “App Store” button on the iPhone’s main screen. It’s similar to how iTunes works on the iPhone; if you’re connected to a WiFi hotspot, you can explore and download directly to your device.

You will also be able to download apps to your computer via iTunes and move them over to the iPhone during the syncing process.

A 70/30 split for developers. Developers choosing to charge for their applications will get to keep 70 percent of the revenues, while Apple will keep the other 30 percent for running the store. Developers will be paid monthly.

Free applications. Developers can also choose to release their applications for free, in which case Apple will not charge for distribution.

Some limitations. Apple will set limits on the types of applications it allows into the application store. Apple CEO Steve Jobs made it clear that pornographic and malicious applications won’t be distributed.

Apple will also be bringing all of these updates to the iPod Touch but will be charging a small fee for the update on this device.

SDK available immediately for developers. Starting today, developers can get their hands on the SDK via developer.apple.com. It will cost $99 to join the standard developer program (for creating free and commercial applications). The enterprise program will cost $299 to join (for those creating proprietary, in-house applications for the iPhone and iPod touch).