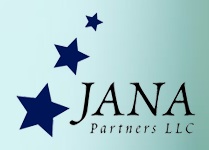 A Delaware court today ruled in favor of allowing Jana Partners, a hedge fund, to nominate candidates to replace current CNET board members. With this power, Jana can take the next steps to stage a takeover of the online media company.

Back in January, Jana led a group of investors including Spark Capital and Velocity Interactive Group in acquiring a large share of CNET (our coverage). Knowing their intention was to stage a hostile takeover, CNET adopted a so-called “poison-pill” strategy in which any hostile bid would be a less attractive road to pursue as it would hurt all parties involved financially.

CNET went on to claim that Jana and the others could not legally nominate their own board members since they did not have sufficient time owning their shares. That specific argument is what the judge threw out today.

Jana now hopes to move ahead with plans to place two of their nominees on the CNET board, as well as expand the board from eight to thirteen members so that they can nominate more and effectively take control of the company.

On the front of another deal, Yahoo will likely not be happy with this ruling today as Microsoft is finalizing plans for a hostile takeover of the company (our coverage). Microsoft is also planning to seat its own nominees on Yahoo’s board.