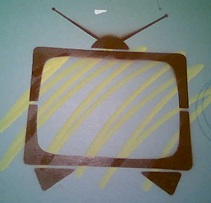 With more content making its way from the small screen to your computer screen, it was only a matter of time before television executives realized the number of viewers watching a show on the Internet is probably important too.

The case Keane cited was CBS’s show “Jericho,” which was once — and still is — near cancellation. The show’s 4.2 rating (meaning 4.2 percent of homes with televisions in the U.S. were tuned in — more here) is hardly stellar. However, when factoring in the audience watching it online, the rating jumps almost a full point to 5.1. This difference can literally make or break a show.

Another example is NBC’s hit show “The Office.” That show was not always a hit and was, in fact, teetering on cancellation when NBC saw an explosion in popularity via Apple’s iTunes store. That audience has since helped the show translate into a blockbuster on the network as well.

A combination rating would seem to make sense on the surface, but monetization remains somewhat of an issue for online programming — and a show’s life or death naturally boils down to money. iTunes offers direct revenues to networks, but NBC backed away because it felt it was getting a raw deal (somewhat ironic given the above-mentioned salvation of “The Office” via iTunes).

For streaming video, newer services such as Hulu (our coverage) offer a nice online experience with advertisements that are not too intrusive, but the jury is still out on whether it will succeed or not.

Going the other way, a show that originated online, “Quarterlife,” was not able to translate its online success into viewership on a network. The show was yanked after just one airing on NBC last month (our coverage).