The fund will be focused on current and former students at Stanford University and the University of Illinois at Urbana-Champaign, at least for the time being — specifically on very small companies, like one or two people working in a garage, Rabois tells me.

The three angel investors aren’t actually creating a new investment vehicle, rather they’ll each invest their own money in companies they collectively find appealing — but strictly consumer internet companies, Rabois says. Each person will bring their own expertise and networks to bear, and take a proactive role in helping small companies get a strong start, he adds. Each is a veteran entrepreneur with deep connections: They were all in some form members of the so-called “mafia” of early PayPayl employees who have gone on to found or invest in many other companies in Silicon Valley.

They plan to fund companies with between $50,000 and $300,000 dollars. They’ve already funded two. One is prediction marketplace BlueBet, which they and Flixster chief executive Joe Greenstein collectively invested $225,000 in. The other company is video-chat service TokBox, which we covered last fall.

Why the focus on those universities? 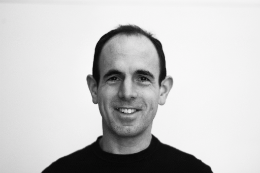 Rabois (pictured, left) says that nearly every great internet company has had at least one founder come out of one of them. While the Stanford entrepreneurial story is obvious — top companies like Yahoo and Google got their starts there — Rabois adds that Illinois’ crop includes well-known entrepreneurs like Marc Andreessen, Max Levchin and Ray Ozzie.

Kevin Hartz (pictured left with his wife; I couldn’t find a good head shot of him) has founded a number of companies, among others, Xoom Corporation, which handles international money transfers, and he’s currently the chief executive of event service Eventbrite. He was also an early advisor at PayPal.

Rabois was an early employee at PayPal, he’s an active angel investor and he’s currently the head of business development at widget company Slide.

Notably, all three are also limited partners at top venture firm Sequoia Capital, which is also an investor in TokBox.

So, while there are many forms of early-stage investors out there, these three think that they can more efficiently find, fund, and develop the top companies more efficiently by working together in this way.