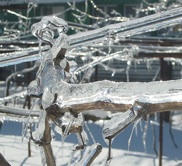 It’s April Fools Day and the Microsoft/Yahoo deal seems like a ripe target for some fake big news — but there is some actual news to update you on. Microsoft, it seems, has no intention of raising its original $44.6 billion bid to purchase Yahoo, according to The Wall Street Journal.

After Yahoo rejected Microsoft’s offer in early February (our coverage), talk began to circulate that Microsoft would come back with a sweeter deal. While the initial offer was for $31-a-share, it was believed that Yahoo might consider a deal if that price were closer to $40-a-share. To many that seemed to be a simple negotiating tactic and the consensus was that the sides would meet somewhere in the middle and potentially agree upon a price in the mid-$30 range. Just a few days ago, a Citi financial analyst had Microsoft raising its bid to $34-a-share.

“There’s no reason to bid against ourselves,” states one of the Wall Street Journal’s sources — someone close to Microsoft — as company’s rationale in not raising the bid. It is also said that Microsoft has no immediate plans to nominate new board members for Yahoo when the company holds its already-delayed board meeting sometime this summer. This stands in contrast to previous reports, which suggested Microsoft was gearing up to do just that (our coverage). What we apparently have now, is an old fashioned stand-off.

That said, this is very much a fluid process. If Microsoft were to hear tomorrow from Yahoo that adding some value to the deal would get it done quickly, does anyone doubt they would do it? Of course, Yahoo’s very public stance against the deal makes that scenario unlikely. Instead, Yahoo will continue to search for alternative possibilities while hoping its financials improve as the deadline for the shareholder’s meeting draws closer.

Or we could all just believe the fake news I linked to above — that Microsoft and Yahoo have agreed to a buyout price. Naturally, one of the fake holdups was to make sure Yahoo employees got some free Zunes.