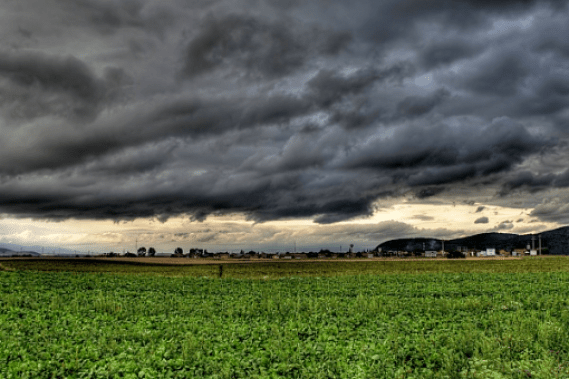 Despite a one-day rise in the stock market, the macro-economic outlook is stormy, and confidence is falling among venture capitalists and entrepreneurs.

Last fall’s housing slowdown has led to turmoil among Wall Street banks. Private equity firms can’t borrow as much money to hatch their takeovers. Stock market have dropped, with the Nasdaq off 15 percent since the start of the year. Since public companies are under the gun they aren’t buying.

Successful venture exits are becoming scarce. Yesterday, the National Venture Capital Association reported the first quarter saw only five venture-backed initial public offerings worth $282.73 million, down dramatically from 31 IPOs worth $3.04 billion in the fourth quarter. Mergers and acquisitions are also on the decline, with just 56 in the first quarter compared to 83 in the fourth quarter.

&lt;a href =”http://www.polldaddy.com” &gt;polls&lt;/a&gt; – &lt;a href =”http://answers.polldaddy.com/poll/482644/” &gt;Take Our Poll&lt;/a&gt; At the same time, angel investors have become more cautious because of the economic volatility, according to the 2007 Angel Market Analysis released Tuesday by the Center for Venture Research at the University of New Hampshire. That’s significant because angels account for 39 percent of investments in seed-stage start-ups.

What’s more, the Silicon Valley Venture Capitalist Confidence Index, an index that tracks the confidence among venture investors, fell to its lowest level in the past four years in the fourth quarter of 2007. You can expect that this confidence fell further in the first quarter, with the collapse of Wall Street bank Bear Stearns earlier this month.

There is still reason to deny that start-ups will be impacted. Swift action by the Fed, a stimulus package that gives consumers some spending money, and sweeping regulatory changes could restore some confidence. Startups getting funding now can fly over the storm, since they won’t be selling their products for a couple of years.

“I’m fairly bullish,” said Jason Green, a partner at Emergence Capital. “The broader economy is tough for consumers. But I’m not seeing signs of change in valuations of start-ups.”

But it’s time to check out contingency plans. Deepak Kamra, a partner at Canaan Partners, said, “Companies that are built on having lots of users but no real revenues won’t last. That all changes with the downturn.”

More companies are drawing down tranches on previously raised rounds. “Smart companies are battening down the hatches now,” said Thomas Cole, a partner at Trinity Ventures. “If they can raise more money, they will. That’s like putting more gas in the tank.”

International markets are still going strong. You can expect start-ups and venture investing overseas to pick up steam. And there is a chance that private equity groups spawned from oil money could still fuel a lot of M&A ahead.

Some entrepreneurs say a recession is a great time to start a company. Cheap employees are plentiful and other kinds of costs are down.

But you can’t look at the glass as half full if market conditions continue to deteriorate. “At some point, you have to realize that when times are bad, they’re bad for everyone,” said Ryan Floyd, a partner at Storm Ventures.

Everyone agrees quality start-ups should continue to get funding and the broader woes will instill discipline among both start-ups and VCs.

And some innovation trends are so strong they will power through a recession. The forces opening up the mobile markets will also likely overpower economic trends. Consumers should benefit from the growth of third-party applications on the iPhone, the opening of Verizon Wireless’ closed network, and the expected arrival of Google’s Android open cell phone platform.

“We’re still seeing a lot of outstanding early stage deals today and so from that standpoint, my confidence is high,” Floyd said. “If you want an exit in 2008, it’s pretty bleak.”