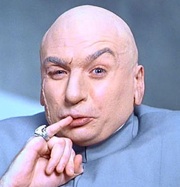 The problem with expectations is that you have to live up to them — or face backlash. Google has learned this the hard way a few times in recent years while trying to live up to its unofficial motto: “Don’t be evil.”

The motto, coined by then-employee Paul Buchheit (who is now with FriendFeed), became so popular both in and outside of Google that it was added at the first sentence of Google’s Code of Conduct on its Investor Relations page — and is stated no less than three times on the page.

However, recent comments by Google’s Marissa Mayer suggest the company may be backtracking from the motto a bit. While stating that it has never been an official motto, Mayer points out that many people turn it on Google as they see fit. For example, if you don’t agree with China’s censorship policies and see that Google is working with them, one could say that Google is “being evil” in that regard.

But at the end of the day Google is still a business first and foremost. It simply cannot afford to spurn the country with the largest population in the world, China, much as the U.S. can’t step away from the Olympic games this summer in protest of China’s human rights violations.

Everything has gray areas. As long as Google has good intentions and is attempting to do right by its users, I see no problem in keeping the “don’t be evil” unofficial motto. It’s simply a good goal to have, even if it can’t always be lived up to in the eyes of everyone.

Read our Q&A with Marissa Mayer from January here.