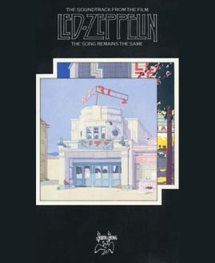 As Google gears up to announce its first quarter financial results on Thursday, there are early reports that its paid-click growth numbers from March will be stagnant. If this sounds familiar, its because we go through this every month now (see here and here).

The numbers for March point to a paltry 2.7 percent growth in paid clicks, according to Silicon Alley Insider which was tipped about the comScore data a bit early. Even worse, is that for the entire first quarter, it looks like Google only saw an overall paid click growth of two percent year-over-year. Compare this to the last two quarters when the numbers were up 25 and 48 percent to the previous year, respectively.

Some see this slowdown as an inherent problem in Google’s business model. Other’s see it as a problem with online advertising in general. And still others see it as yet another sign that the overall economy is in the dumps.

However, once again we’re forced to wonder if this is actually bad news at all. While paid click growth has ground to a halt, the price-per-click numbers on the ads have gone up, exactly as Google was expecting when they took measures such as shrinking the click areas on ads to ward off some errant clicks.

So once again, I’ll repeat what we wrote two months ago:

While everyone will again undoubtedly start freaking out on Thursday if these numbers hold true, at least some people out there have been expecting these results each time — perhaps it’s time to listen to them.

Now if the price-per-click numbers are off as well, that’s a different story. An ugly one.

update: Here’s some more information on the comScore report compliments of UBS:

From UBS’ bottom line on the data:

We should also note that Google’s coverage ratio continued its recent decline to 45.5% in March, its lowest level ever. We continue to believe that this is the right thing for Google to do for the long-term health of the Google ecosystem, but will likely negatively impact revenue in the near-term.