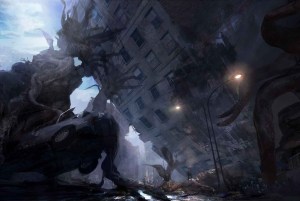 The interactive nature of games and the linear storytelling of games just don’t mix well. But the Radar Group believes that it doesn’t have to be that way as long as you plan to make a story into both a game and a movie from the outset. And it’s looking for venture capitalists to bankroll it.

That’s the vision of Radar’s founders, Jim Perkins and Scott Miller. They started the 10-person company last summer in attempt to formalize the process of working with independent game developers and movie makers so that their work could be translated across different media.

The self-funded company came out of stealth in March but Perkins is now seeking to raise money this spring so that it can get its games to a prototype stage and begin the screen-writing process for movies. 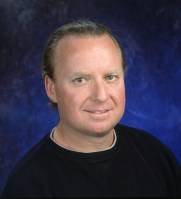 “We don’t try to retrofit a game by turning it into an unsuccessful movie,” Perkins, previously head of Arush Entertainment, said in an interview. “We want to figure out how a game could be a great HBO series. We want to do it with a methodical approach.”

That may sound outrageously ambitious or naive, but Perkins and Miller are veterans here. Miller’s 3D Realms Entertainment, a game development studio in Dallas, has been making games since 1987 (when it was known as Apogee Software). Among its hits are the “Duke Nukem” series, whose latest game “Duke Nukem Forever” has been missing in action for some years. But Miller, who is now chief creative officer for Radar, has been associated with a lot of hits, from id Software’s “Wolfenstein 3D” to “Max Payne” and “Prey.”

The company will remain a small production firm, based in Scottsdale, Ariz., where Perkins resides. Miller will remain in Dallas. The overall team won’t exceed 20 people, Perkins said. The company will work with talented independent game studios and Hollywood artists. It will also allow those partners to retain part ownership of the projects that they work on.

Radar’s film partner is Depth Entertainment, a Los Angeles production firm owned by Radar and headed by Scott Faye. Depth is currently producing the film version of “Max Payne,” which will star Mark Wahlberg. The film is in production at 20th Century Fox and is expected to debut this October. 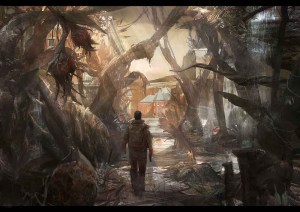 Radar has announced three video-game projects. These will be high-end console games for the Xbox 360, the PC, and the PlayStation 3. One is “Earth No More,” which stars a chemical weapons specialist dealing with an “environmental extinction event.” That game is being developed by Recoil Games. A second project is “Prey 2,” a sequel to a well-received sci-fi shooter. It is being developed by Human Head Studios.

A third project is “Incarnate,” an adventure game set in present-day Chicago where a secret organization recruits the main character, Thomas Ludlow, to hunt down evil reincarnated souls from history. The developer is uannounced. Incarnate is the brainchild of Hollywood writer Frank Hannah, who wrote the Oscar-nominated film “The Cooler.” The projects reflect the belief of the owners that the best original thinking comes from smaller independent outfits.

“We are not happy with the way films get made from video games and how games get made from films,” Perkins said. It’s a big bet and the Radar Group will have competition from the biggest in the game business.

Electronic Arts, for instance, recently announced that its upcoming DeadSpace game is being made into both a comic book series and an animated sci-fi TV movie. The DeadSpace game and TV movie will both debut on Halloween. “It is interesting to see EA going this way, but you have to have the right people on the film and the right people on the video game,” Perkins said.

For game movie fans, here’s a little trivia to end our post: There is a lot of reason to be suspicious about an alliance among video game makers and Hollywood. Among the game-based Hollywood duds: “Super Mario Bros.” (1993), which lost $27 million on a $48 million production budget, according tot the Book of Games Vol. 1. “Street Fighter” (1994) and “Wing Commander” (1999) were also weak performers. The biggest dud of all time was “Final Fantasy: The Spirits Within,” which lost $123 million despite being based on Square Enix’s long-running Final Fantasy game series. More recently, Uwe Boll has made a series of poorly received films: “House of the Dead,” “Alone in the Dark,” (2005) and “Bloodrayne” (2005).  “Doom,” released in 2005 about 12 years after the game came out, was also panned by critics.