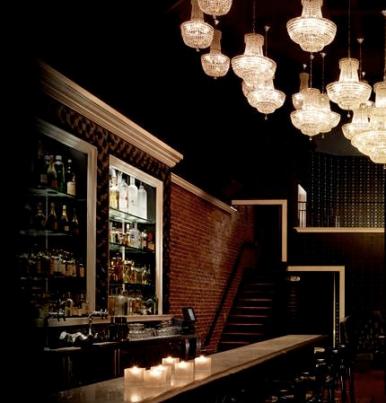 We’re having a party Thursday to celebrate the launch of VentureBeat’s digital media coverage, and so far we’ve kept it invite-only.

It’s at The Ambassador in San Francisco (pictured), 6:30pm to 8:30pm. Last week, we provided some tickets to people who offered feedback on what we should cover with the new digital media blog we’re rolling out. We’ve had some great responses. See below.

By doing so, we were hoping to limit the party to those interested in the ongoing digital media revolution, and who have something to add to the conversation. We’ve got venture capitalists and entrepreneurs coming, from Ron Conway to basketball player, and investor, Baron Davis.

We’ve got a few tickets left, and so now wanted to open it up just a tad more to our loyal readers. Take a look at what readers have already told us and email me your thoughts (eric at venturebeat dot com), then maybe we can party. If you don’t want to email us about digital media and you just want tickets, email me anyway and I’ll see if I can get you in ;).

But really, take a look at the input, below. It seems that generally, people want more context and explanation from us, more comprehensive articles with more links between stories, and in some form, access to background info on people and organizations. They are interested in the specific parts of the market that affect them and they want to be able to drill down into the topic areas they care about. They want to hear what people are doing outside of Silicon Valley. They want us to explain how new technology matters to them — i.e., to advertisers, musicians, etc. — and to widen our focus from just covering startups and investors.

Taking this wish list and turning it into a site isn’t as straightforward as it seems. How do we build an interface on the blog to fit in all of these ideas? The more specific your feedback, the better. Thanks.
Excerpted responses:

“It would be great if you had a section or perhaps series on specific parts of the media, TV or Mobile for example. Maybe a virtual round table?”
– Chris

“You seem to be doing well in terms of depth and breadth of coverage. The problem is that few people have the time to actually read every post on VB and the rest of the blogs. As a result, in my opinion, the value of the singular insights you guys provide in each post is diminished. To correct for this I would institute something along the lines of CrunchBase and a commitment to extensive link-throughs for background information in each story.”
– Len

“Segment the market and focus on each and every segment. The segments according to me would be:
1) Agencies- online and mobile
2) Adnetworks
3) Content Providers
4) Content Enablers
5) Service providers
6) Ad analytics market
There could be overlaps, but by such a segmentation in providing news coverage, you can efficiently attract and retain attention of readers as well as direct ads effectively.”
– Ken

“I’d like to see more examination about how media companies are coming to grips with this (they’re the very last ones to do so), how their view of what content is and who content providers are, and how they see their businesses evolving – or dying.”
– Corey

“…organize it and go deeper on 1-2 dozen industry trends. I think this will help readers better see connections between stories and build up organized content over time. One such trend I’m particularly interested in is how digital media distribution is allowing content creators to more directly access their audience, reducing the need for traditional aggregators like labels, studios, etc. (although creating opportunities for new kinds of aggregators like search, recommendation sites, etc.).”
– Dror

“I would be interested in reading or knowing more about how technologies and companies are trying to capture these elusive brand dollars.”
– Cheryl

“I have been using Amazon Kindle for the last couple of months, and have subscribed to a couple of the blogs there. Unfortunately VentureBeat is not one of them… I would love for you
guys to be there, its $2 a month from a subscriber revenue you could be collecting :).”
– Ilya

“Having a global perspective of including content makers, content aggregators/providers, and content consumers from both old and new media provides a clearer picture of what’s going on. Much of how we view content in the Bay Area is too focused on Silicon Valley and we need to consider the motivations and pressures that content makers and aggregators/providers face.”
– Tom

“it would be great to really bring the reader on a tour by taking slices of the technology either with screenshots or screencasts of major features (include an embedded media example if the site allows!). Also, if covering news inside of the space but unrelated to a particular service, it would be great to incorporate online services previously reported on. For example, if you have just done a feature story on how online video sites stack up, it would be great to see you, in the next story written with video content available, embed that content using the previously rated best video site, and include the rating information in the citation with a link back to that story.”
– Jeremy

“Talk to the individuals who create the content — the writers, musicians, directors and artists. Ask what they want to see happen in the industry and what works for them. These are the people on the front lines, creating new business models because they have small budgets and no one to report back to — except maybe mom or a spouse :)”
– Madge

“We constantly find ourselves stuck in the chasm between the Silicon Valley VC world which doesn’t in general like “content plays” and the old media world which is still basically terrified by the internet and views it as something it needs to invade with a massively funded, well-armed divisions chock full of over payed vice presidents. The result is we have a business that is growing fast (for our latest animations check out the new still-in-beta Dilbert.Com), but has very little luck in attracting institutional investors from either side of the rift. So you can see why your move into this area strikes a chord for me. We’ve watched over the last year as one “web 2.0″ media platform company after another landed massive investments. We launched about a year ago and have, frankly attracted a bigger audience than many of those startups. Our New Yorkers topped 4 million views last month. Dilbert, which just launched, is doing extremely well and suggests that it will quickly command an audience 3, 5 or even 10 times greater than that. Likewise, we’ve watched aghast as the big media companies here wasted millions of dollars on expensive but poorly conceived forays into this space. Eighty years ago, Hollywood was like Silicon Valley in the nineties, filled with little entrepreneurial shops started by people like Walt Disney, Cecil B. DeMille and Louis B. Mayer. We’re working hard to try and capture a bit of that spirit, but it would sure be a lot easier with a little more money.”
– Jim

“I would suggest a split focus on News and Analysis. I don’t see much of Analysis happening (perhaps this might be more a focus now) – only news – and that may cause an element of burnout, given that you have to constantly keep getting the latest out? Also there has to be a continuous focus on the type of news & analysis (be it about a theme or a company) – following up every quarter or so – even if there is no news.”
– Kiran

“It’s the writers and contributors that are important, much more so than the focus of your mag. The focus will be variable and changing, depending on market conditions, current fads and more importantly souces of ad and circulation revenue.”
– Michael

“The digital music market including mobile phones has grown dynamically to $809 million in 2007 but yet very little is reported about sales numbers, marketing efforts, technologies, and investors.”
– John