The WB rises from the dead with a new website — The television network, famous for launching teen-aimed shows like Buffy the Vampire Slayer and Dawson’s Creek, merged with UPN to become the CW network in 2006. But now the WB is returning as a website. And while the nerd in me is most excited about the ad-sponsored Buffy reruns, the most interesting news is that the site will also feature original content. older shows. The goal is to attract 16- to 34-year-old women, particularly those whose TV viewing habits have already moved online.

Microsoft cutting XBox 360 prices in Asia — Prices will fall between 5 percent and 20 percent in Singapore, Taiwan, Hong Kong and South Korea. That’s four out of the five Asian markets where Microsoft has officially launched the game console (the fifth is India). A Microsoft spokesperson tells us that these price adjustment are normal as foreign exchange rates fluctuate.

Metacafe owners cash out with for $5 million — Co-founders Arik Czerniak and Ofer Adler, who together owned shares representing 5 percent of the company, have left the video startup. (TechCrunch cites Israeli newspaper The Marker, whose article is in Hebrew.) The site’s traffic hasn’t grown much, which means that online video king YouTube continues to widen the gap. Czerniak stepped down as chief executive in February 2007, but he continued to serve on the company’s board — until now, apparently.

Did MSN Music betray its customers? — The Electronic Frontier Foundation says it did. Microsoft announced last week that it will stop issuing digital rights management “keys” for the defunct MSN Music service at the end of the summer, meaning that customers won’t be able to transfer their music to new computers. The EFF argues that Microsoft should apologize and compensate customers. If this story doesn’t persuade online music buyers that DRM (which also comes with most of the songs available on iTunes) can be very bad news, even for music fans who aren’t interested in illegal sharing, I don’t know what will. 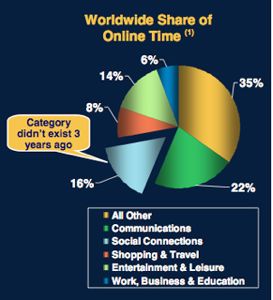 Newest Morgan Stanley report finds that social applications are growing — Sure, that’s not exactly surprising news, but the report presents some pretty compelling facts to illustrate the point. For example, six out of the top 10 Internet sites are social.

Monsanto and startup Mendel Biotechnology to develop biofuel crop — It’s nice to hear the two companies say their partnership could reduce greenhouse gas emissions. On the downside, biofuels appear to be a mixed bag economically and environmentally, and Monsanto isn’t the most Earth-friendly corporation in the world.