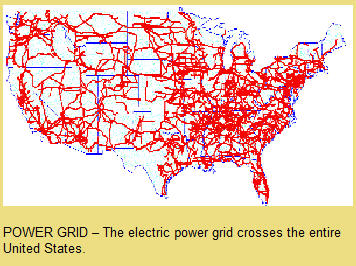 The U.S. DOE will invest up to $50 million in nine electric grid efficiency demonstration projects over the next 5 years, an an effort to reduce peak load demand in ways that could prevent the need for more power plants.

These so-called Renewable and Distributed Systems Integration (RDSI) technologies have become a key focus for the federal and local governments, which hope to reduce peak load electricity demand by at least 15% at distribution points.

Though it may lack the pizzazz of wind or solar energy, smart grid technologies have been all the rage in investment circles, with startups like Silver Spring Networks, Ambient, eMeter and GridPoint raking in several funding rounds over the last few months. Other companies, like San Bruno, Calif., Greenbox, are taking energy efficiency online by bringing a Web 2.0 approach to home energy monitoring.

The DOE has selected projects in West Virginia, Illinois, Nevada, California and several other locations. The projects will be overseen by industry-academic partnerships. In San Diego, for example, San Diego Gas and Electric will partner with Horizon Energy Group, Advanced Control Systems, Pacific Northwest National Laboratory, the University of San Diego, Motorola and Lockheed Martin.

For its part, the Santa Monica, Calif., X Prize Foundation has announced it will invest $100 million in various clean energy projects, ranging from energy storage and biofuels to efficiency improvements in basic utilities. One grant will be specifically targeted for technologies that promote innovation in grid efficiency and the building of energy-efficient homes.