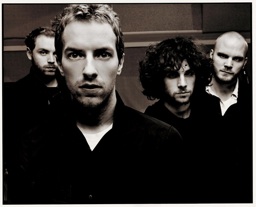 We’re seeing more and more evidence that there is something to this whole free music thing — at least if you’re a popular band.

Coldplay became the latest band to experiment with releasing music for free over the Internet when it launched its new single “Violet Hill” on its website last week. Within two days the band saw a 1,800 percent surge in traffic to its site as one out of every forty people visiting a band or artists’ website went to Coldplay.com, according to new data from Hitwise.

Last year, the band Radiohead received a lot of press and buzz when it announced it would release its new album, In Rainbows, online and let fans determine how much they should pay for it. When the album was later released via the traditional route — in stores and through digital services such as iTunes, it still sold very well, proving the gamble a success.

Nine Inch Nails frontman Trent Reznor has been another advocate of giving away music online. He recently released a portion of the bands’ album Ghosts I-IV online for free. He also had an option to purchase the entire thing at different prices depending on quality, and it has so far moved a lot of units as well.

While it’s clear that popular artists can benefit from this free strategy, it’s unclear if such promotions will work for artists who are not yet established.

Interestingly, Radiohead frontman Thom Yorke, recently said the In Rainbows approach was a one-time experiment and that the band will stick to more traditional release strategy for future releases.

You can download Coldplay’s “Violet Hill” by visiting this page.