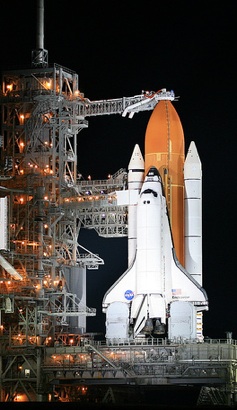 Last year, before the launch of the iPhone, AT&T employees were sent a memo instructing them not to take vacations from June 15th to July 15th, due to the possibility increased traffic because of a new product. The iPhone eneded up launching on June 29th, right in the middle of those dates. Today, The Boy Genius Report has uncovered a new letter detailing dates that shouldn’t be used for vacations: June 15th to July 12th. Ladies and gentleman, we have a launch window.

You’ll note this date is a little later than the previously rumored June 9th date, but it is perfectly reasonable to expect that Apple chief executive Steve Jobs would announce the 3G iPhone at the Apple WWDC event on the 9th and state that it would be available in the following week or two.

There is no guarantee this is for the 3G iPhone (no specific product is mentioned), but given that AT&T did the exact same thing last year for the initial iPhone, I’d say odds are pretty good we know what it is talking about — and it’s probably not a new green nylon carrying case for your BlackBerry.

Here is the full text of the letter:

Last year at this time we asked that all vacations be scheduled before June 15 or after July 15, to ensure adequate store staffing and to give everyone an equal opportunity to benefit from an exciting product launch. Thanks to your hard work, we experienced excellent sales during the mid-summer period. This year, the numbers you produced in 2007 will be hard to beat; but as a business, we must rise to the challenge, and make every effort to exceed last year’s sales results. Your management team is counting on you!

To ensure proper staffing during this period, Sales personnel planning to take approved time off are encouraged to schedule their vacations before June 15 or after July 12 to participate in the heavy selling period

If customer traffic is manageable, there may be an opportunity to approve vacation toward the end of the period. Managers will communicate updates as they become available.

So there you have it. June 15th to July 12th is the likely launch range for the 3G iPhone, with an emphasis on the earlier part of that range as AT&T says that vacations may be allowed at the end of the period if “customer traffic is manageable.” Don’t expect that to be the case if the 3G iPhone is really going to be only $199.

[Note: The Boy Genius Report first erroneously reported the dates for the launch could be April 15th to May 15th. They simply read the letter wrong.]