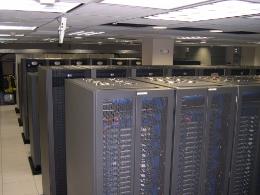 Facebook is borrowing $100 million from venture loan firm TriplePoint to finance the expansion of its server farms, and other infrastructure expenses, Business Week’s Spencer E. Ante reports. Why this additional money? Because the site is still growing really fast. It now has 109.2 million monthly users worldwide, according to comScore numbers cited in the article — which is much higher than even the 70 million number currently listed on Facebook’s own site. The company needs to build out its infrastructure to cope with its nonstop growth.

Earlier this year, a leaked report said Facebook broke even in 2007 with revenues at $150 million — a number it is looking to more than double this year. Then, the company also expected to spend more than $200 million on capital expenditures (including servers), as well as nearly double the workforce to more than 1000 (the Business Week article, meanwhile, says the company expects to grow to only 700 to 800 employees).

This deal is Menlo Park, Calif.-based TriplePoint’s largest one to date. Besides loans, the company also leases infrastructure equipment and has provided more than $500 million in leases so far, to startups like YouTube (now part of Google) and widget-maker Slide. The company sells itself as giving entrepreneurs a better deal than other financing options: “Unlike many financing sources, we typically do not require security deposits, restrictive covenants, or rights to off-set cash,” its site claims. Facebook, for example, will have the option to replace or exchange its equipment.

Facebook has raised around $393 million, according to Crunchbase’s calculation, although the Business Week article pegs its total funding at $350 million.

[Photo, actually of the Dreamworks’ server farm, via LinuxJournal.]