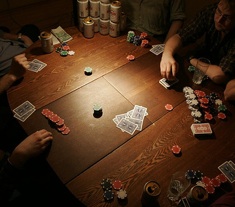 We’re at the point that when either of the two social networking giants, MySpace and Facebook, does something, the other has to respond. Yesterday, MySpace unveiled its “Data Availability” initiative, allowing other sites around the Internet to utilize its users’ data to update profiles, photos, videos and other attributes. Today, according to a TechCrunch scoop, Facebook is following that up with “Facebook Connect”. Which does, wait for it — the exact same thing.

As Mike Arrington points out, Facebook Connect is basically an updated version of Facebook’s API for third party sites. These sites will now be able to use Facebook’s trusted identification methods, profile information (including pictures, videos, events and the like), friend lists and privacy settings. Just as with MySpace’s announcement, the idea is to make Facebook a central hub of users’ web experience.

Lest you think this wasn’t a game of one-upmanship: whereas MySpace announced Twitter as a launch partner for its initiative yesterday, Facebook is launching with Digg as a partner. The social news voting site is quite a bit larger than the micro-messaging Twitter.

update: Dave Morin, Facebook’s senior platform manager has posted on the Facebook Developers Blog with more details about Facebook Connect. Some of the details:

Here are just a few of the coming features of Facebook Connect:

Real Identity
Facebook users represent themselves with their real names and real identities. With Facebook Connect, users can bring their real identity information with them wherever they go on the Web, including: basic profile information, profile picture, name, friends, photos, events, groups, and more.

Dynamic Privacy
As a user moves around the open Web, their privacy settings will follow, ensuring that users’ information and privacy rules are always up-to-date. For example, if a user changes their profile picture, or removes a friend connection, this will be automatically updated in the external website.