Update I: This story was originally published Friday afternoon
Update II: For more, also see our Q&A with one of the partners managing the Blackberry fund 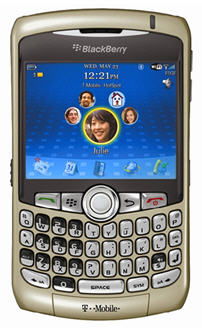 Research In Motion, the RBC and Thomson Reuters have invested in an $150 million venture investment fund, called the BlackBerry Partners Fund, to support developers of applications running primarily on the Blackberry.

The fund comes on the heels of the iFund, a similar $100 million fund announced by Kleiner Perkins, a well-known Silicon Valley venture capital firm, to support the RIM Blackberry competitor, the iPhone.

VentureBeat learned of the news in advance of the fund’s official announcement and launch. The announcement will be made in Orlando at a convention on Monday.

The fund will be used to invest in both applications and services for the BlackBerry platform, but it won’t be exclusively to support the Blackberry. Companies that support other mobile platforms in addition to the Blackberry can also apply for monies for the fund. According to our source, the fund isn’t designed to be competitive with the iFund, because it will be free to invest in applications serving that platform too.

The venture firm backing the fund is Canada’s JLA Ventures, a Montreal and Toronto firm active in mobile. That firm will co-manage the investing process, together with the investment group of Canada’s largest bank, RBC Venture Partners. RIM, RBC and Thomson are anchor investors in the fund. Jim Balsillie, Co-CEO, Research In Motion, is on the advisory board of JLA Ventures.

The fund will choose investments regardless of a company’s stage of development, balance sheet or geographic location. It will also support application development across industry segments, with a bias toward supporting the most innovative mobile offerings for customers.

Co-managing partners of the fund are John Albright, managing Partner of JLA Ventures, and Kevin Talbot, RBC Vice President and Managing Director of RBC Venture Partners. “Whether it’s access to corporate data or the latest craze in mobile entertainment, we want to fund companies that are forerunners in driving adoption and further enriching the mobile experience,” Albright said in a statement sent to VentureBeat.

Areas to be considered for investment include mobile commerce (payments, advertising, retailing and banking), vertical and horizontal enterprise applications, communications, social networking, location-based applications and services (navigation and mapping), media and entertainment, and and lifestyle and personal productivity applications.