The California Clean Tech Open (CCTO) stands out as one of the biggest business plan competitions around. Each year, researchers from some of the most prestigious labs in the country meet with entrepreneurs who can dream up ways to turn their work into gold. Out of 45-50 finalists in the CCTO start-up boot camp, five winners receive cash and professional services totaling around $100,000 each, but each finalist comes out with a fully fleshed out business plan and a lot of valuable connections. (You can enter this year’s competition here.)

The competition began with a bunch of MIT alumni getting together to drink and discuss how to save the world for fun and profit. Mike Santullo, who had founded and sold the company that grew into Yahoo! Mail, was a regular at these sessions and in 2005, he and Marc Gottschalk decided that they would find ways do just that. Eschewing the profit part of the equation, themselves, the two incorporated CCTO as a non-profit, and roped in VC firm Draper Fisher Jurveston (among others) to back the competition.

We took the opportunity to talk to Steve Jurveston of DFJ about the his company’s involvement: With its partner fund, DFJ Element, Draper Fisher Jurveston competes with Kleiner Perkins for the title of most active investor in clean tech. Our conversation ranged from the contest to Steve’s fascination with microbial engineering companies that have figured incredible ways to help the environment by playing God. 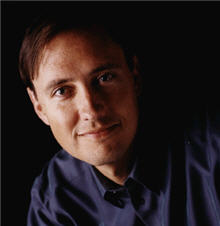 VB: Why did you choose to sponsor the California Clean Tech Open contest?
SJ: Two main reasons: We like business plan contests as a way to encourage entrepreneurship and cast a net very widely to a population that might not have access to venture funds. The second part is that we really like Mike Santullo. We find that in general these kinds of venues create opportunities to find entrepreneurs that wouldn’t otherwise find their way to venture capital: they might not necessarily have the Rolodex, they might be overwhelmed by the number of venture firms out there and their ideas might not get as much visibility as they otherwise should.

VB: DFJ has been investing in clean tech since 2001; why do you think it’s taken so long for the VC community join the game?
SJ: I don’t necessarily agree with all of that, but if you’re asking why didn’t it occur in 2001 and 2002, there are a couple of factors that tend to play out as a common pattern. When you look at any new industry, and I would say that the same pattern played on in 1994 and 1995 with the Internet and in 2000 for nanotech, you find a handful of firms that are willing to take charge in a new investment wave, but the bulk of firms tend to come in once there’s been some liquidity, so you get things like EnerNoc (ENOC) going public last year and the visibility in the press.

Also, there’s usually a skills-related factor in any sector, especially nanotech, but even the Internet. It usually requires background knowledge to look at the deals, and if it doesn’t fall into the existing industry buckets, it can fall through the cracks. So in 1994, even the internet itself fell through the cracks on many venture firms’ portfolios at the time because there wasn’t clearly a good software investment framework. Consumer software was a bad category for the software investors; they were all doing enterprise plays. And the media investors weren’t looking at technology in the same way, so the internet didn’t fall into squarely into any one category. No one knew which partner to send it to when a deal came in. The same is true in energy. Most venture firms early on didn’t have a competency in investing in industrial projects.

With energy, there wasn’t a logical hop over from hardware or something else. The opportunities for the biofuels and industrial chemical companies weren’t immediately clear: What are the price dynamics? What are the channels for distribution? All the basic business questions you want to know don’t come easily if you haven’t had a presence in these industries for the last few years. With the Element partnership, having 8-10 partners who had done nothing but this for a long period of time, we were pretty comfortable moving more quickly into this area.

VB: By 2006, Clean tech had seen a fair amount of me-too follow on, in biofuels, for example. Do you think a lot of mistakes were made in the rush to get in?
When capital in general follows into a sector, we see more mistakes. This was true at the peak of the internet boom, at the peak of the energy and cleantech investment (and I might say at the peak of the Chinese bubble, if you want to call it that). But if we can double all the venture money going in to energy and cleantech, and instead of these huge projects, we spread it across more companies, it would be good for investors and entrepreneurs.

There’s a ton of innovation going on in the biofuels area, and rapidly. But much of it is not quite ready for mass deployment. A lot of innovation needs to happen to foster growth (finding out which ideas are cost effective, etc) but once you’ve seen this innovation happen, much of the future of the venture capital industry will be getting involved in this very disruptive force. There has been a huge. huge flux of scientific breakthroughs going on around the biological approaches: People re-engineering microbes to filter emissions in a clean and cost effective way, for example. I think if you look forward ten years you’ll see massive shifts occurring and we’ll see a lot of hiccups and misses as well as hits, but the whole portfolio going to be quite exciting.

Q: What kind of categories are you looking to at the moment? What’s really got you excited?
A: I’m specifically most excited in the use of biological solutions for needs in both energy and electronics: The microbial re-engineering kinds of companies. I’m on the board of Synthetic Genomics, which is literally creating life from scratch as though it were a software program and swapping out genomes between organisms. We now get the freedom to write the code of life as if it were a piece of software, as opposed to earlier, when you were only able to do a very limited set of cut and paste operations with a very long and tedious process. Now, it’s a much more free-form kind of design capability coming into place: We treat the DNA as just another organic molecule you can synthesize in the lab, insert into a cell, and have it execute a code.

The huge idea is that the organisms have pathways — if you look at the broad set of microbes out there: fungi, bacteria, algae — these organisms naturally process hydrocarbons, usually in a fluid form: so they suck some in as food sources they send others out as waste products, they absorb energy from the sun, they tend to do it without producing toxic poisons to the environment and they do so in a robust and resilient way. They can be re-engineered to great effect, and cheaply, relative to chemicals and nanotech.

To give you an example of a radical project that’s going on right now, it’s a research product funded by British Petroleum. They’re looking into microbes that exist deep down in the earth – no light, no oxygen — but that consume coal and pull electrons off, to create a whole ecosystem of living organisms down there that create natural gas as their waste product. They’re looking at ways to enhance and improve the yield of this process, but the idea is that instead of digging coal out of the ground and burning it, they’re using microbes processing natural gas, and you have the cleanest burning of all fuels. You build ways to turn coal into natural gas without any infrastructure above ground. This is world-changing stuff.

[Update: DFJ’s East Coast Venture Challenge, a competition that selects from the most promising entries to business plan competitions at multiple elite universities, has just awarded $250,000 to a company called Widetronix. Widetronix hopes to build nuclear batteries, and while the initial market is the defense community, such batteries could eventually be used to power pacemakers for 25 years, eliminating the need for replacement surgery. Widetronix, which hails from Cornell University, will use the money to build a refined prototype that it hopes will pave the way for an initial venture round of approximately $5 million. Both DFJ and DFJ Gotham Ventures sponsored the contest.]