More on Facebook profile changes: The feed wall — The new profile is slated for launch later this year. The latest new feature the company is previewing: A “feed” portion of the new design, where you can easily add content from within a standardized interface. The goal is to make Facebook easier to use. The company is being transparent about this latest effort — in contrast to some of its earlier product launches, like its introduction of its news feeds and its “Beacon” ad program. Now, it is giving sneak peeks of the new mock-ups of its redesigned profile pages, and getting feedback from users. Take a look for yourself, here, and see the sample screenshot, below. 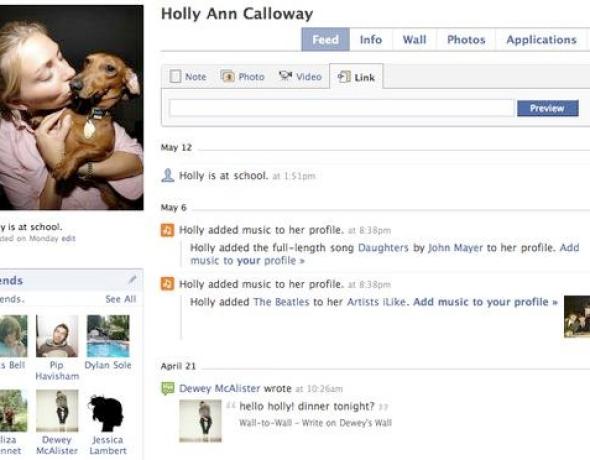 Analyst: Amazon’s Kindle digital book reader could be a big business — The device could contribute up to three percent of Amazon’s overall revenue by 2010, grossing $750 million for the company if one combines device sales and digital book sales, according to Citi analyst Mark Mahaney. Silicon Alley Insider takes a deeper look.

Windows XP is coming to the OLPC — One Laptop Per Child, the nonprofit organization that wants to put its inexpensive computer into the hands of every child in the world, has gained Microsoft as a partner, and its tried and true XP operating system as an option for its users. 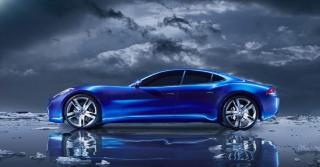 Electric car dust-up continues — Fisker Automative and rival Tesla Motors have been locked in a legal battle about who owns what intellectual property concerning the companies’ competing electric cars. Fisker’s latest move is to file a motion to compel arbitration — it’s the one getting sued, and it is trying to end things quickly. More on the latest news here; our previous coverage here. Fisker’s sports car prototype, pictured.

Magazine article aggregator Brijit out of money, closing shop — Washington, D.C. based Brijit condenses long-form articles into 100-word summaries. It has gained more than 160 summarized stories in its database, and it is seeing strong growth, the company tells VentureWire, but that’s not enough. Although it is backed by Herbert Allen III, president of boutique bank Allen & Co., and by former Time editor-turned-banker-turned-Bloomberg executive Norman Pearlstine, it is out of money and shutting down.

More YouTube metrics features — Online video needs more measurement for users, video creators and advertisers. Online video creators, for example want to see how valuable they are compared to other users; brand advertisers want to know more about which users see the ads that run in online videos. YouTube, the most popular video site in the world, already offers a basic metrics service called Insight that lets you see geographic locations where your video is popular, and how popular it is relative to other videos. Yesterday, YouTube announced addition features for Insight, including aggregate views that all of your YouTube videos have generated, and your relative popularity to other YouTube users.