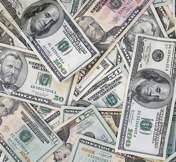 Today was a very bad day for Twitter. Yes, it was down on and off throughout the afternoon, but that is really a given at this point. The bigger news was its admission that it had no idea what the problem was that was causing its downtime.

The service has reason to smile tonight though as it has closed its second round of funding, according to GigaOM.

The new round is said to be for $15 million and will put Twitter’s valuation near $80 million. Not the $150 million some were suggesting, but not too shabby either.

Previous investor Union Square Ventures is said to have participated with another, as yet unknown firm leading the round. We’ll update when we know more.

Hopefully now the repair and healing process can begin for the service, which, despite my criticisms, I still am very bullish on.